March 2017: With the car race-prepped and my licence in place, I registered for the 2017 750MC Roadsports series. The first round was to be held at Donington Park on 17th March, so I needed to get myself on a track day there – to test the car, make sure it was set up right and robust enough for a race distance, and to learn the circuit properly! 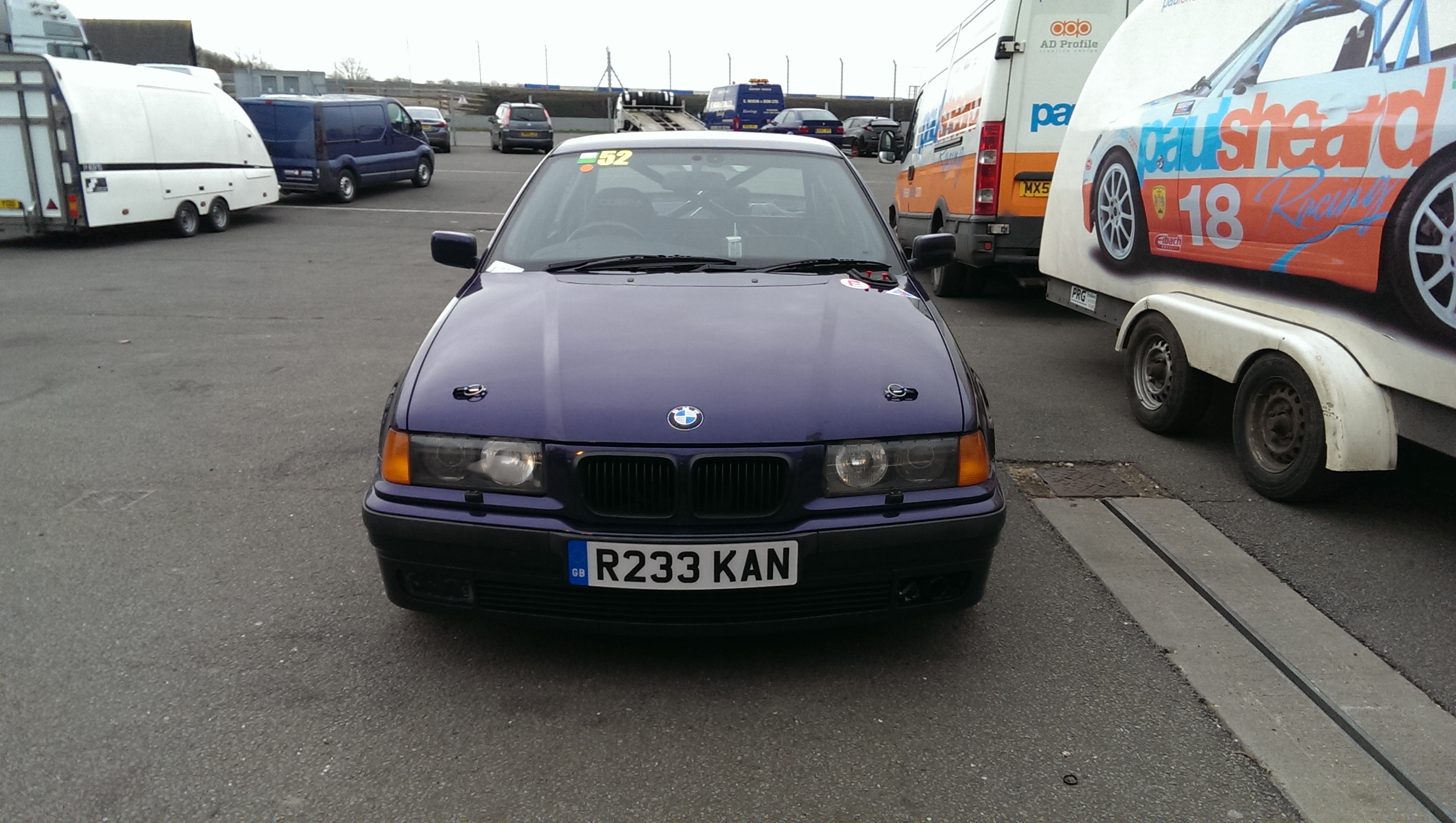 It might sound silly now, but I had a lot of worries going into this track day. I’d taken the big leap of almost tripling my investment in the car, plus buying all my race kit and getting my licence, and it wouldn’t count for much if I had a major failure and couldn’t race. I had no idea how the car would feel on track with its newly fitted rollcage and racing seat, nor whether it could stand 45 minutes’ running at race pace. Three seasons of track days without any mechanical failures was a great boost to my confidence at this point, but the reality is that you don’t push the car anywhere near as hard in that setting. On track days you run shorter sessions, 15-20 minutes at most, have a warm-up lap before pushing and a cool-down lap before coming in, and you’re often having to back off or make space for other cars. All of this gives the car a much easier life than being driven at full pace, relentlessly for more than twice as long. My biggest worries were temperatures, specifically the brakes and the engine oil. The brakes would talk to me through the pedal just fine, but for the oil I needed a reading. 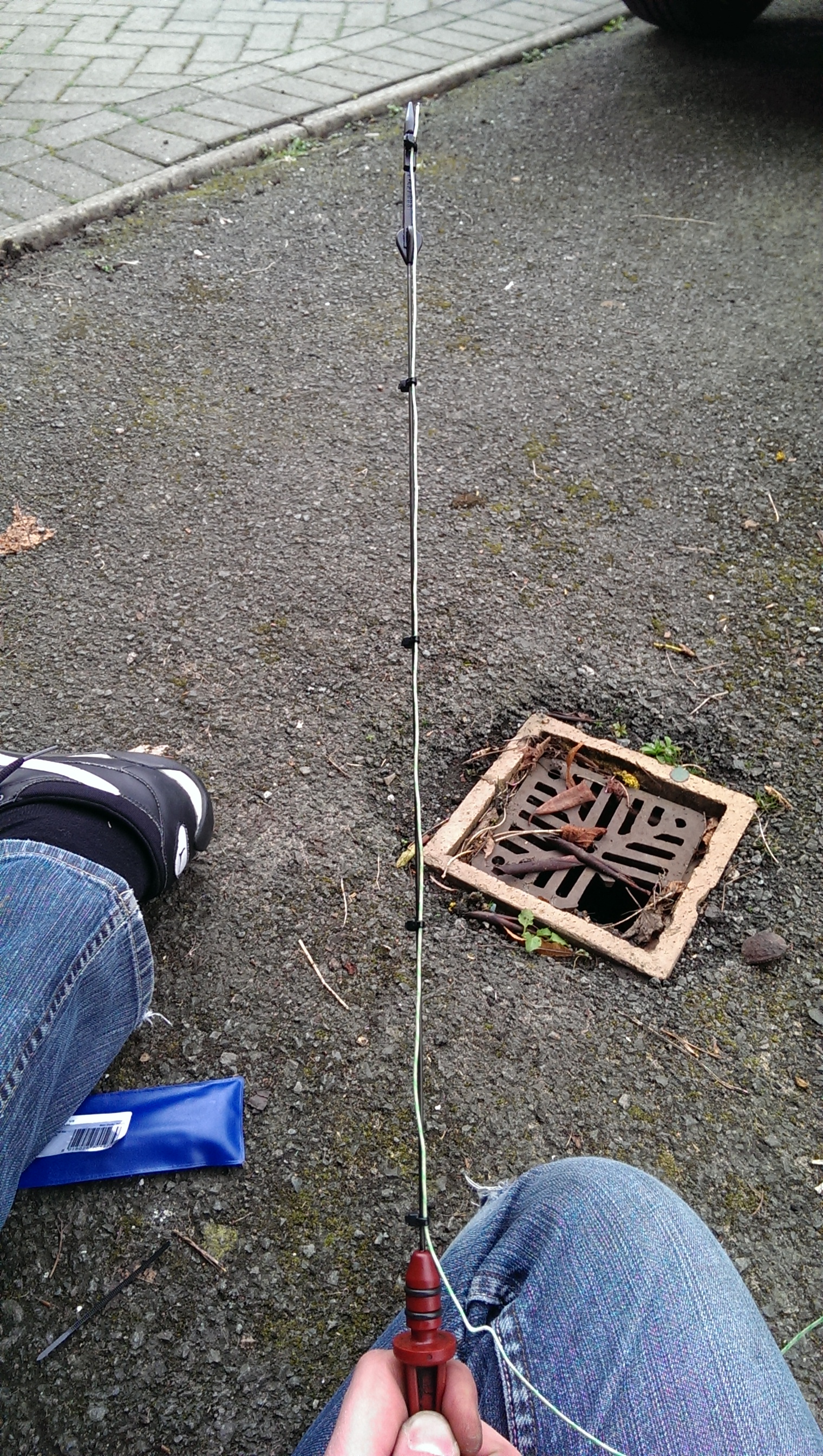 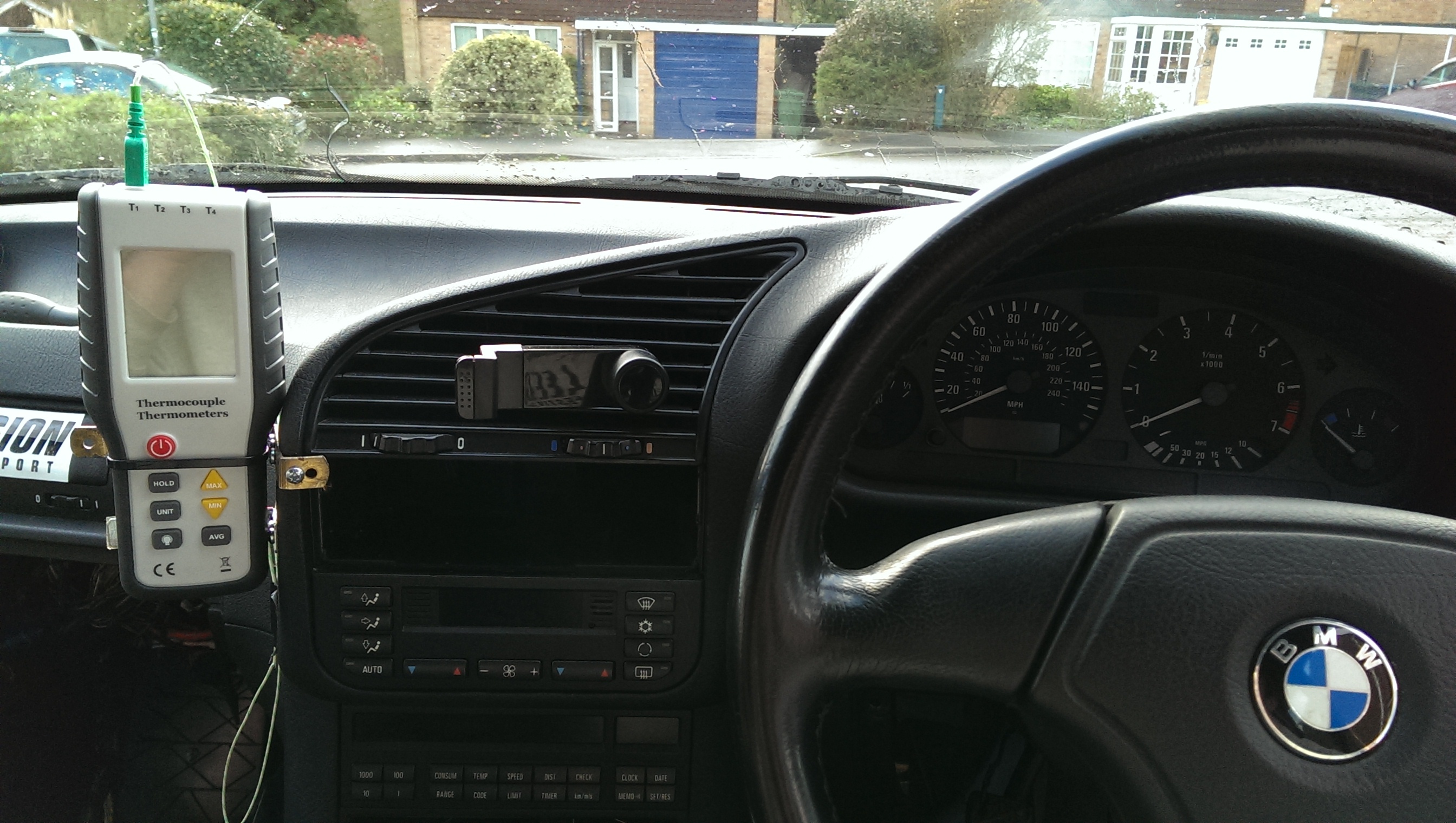 Rather than spending over a hundred pounds on a lovely Stack gauge and temperature sender and all the accompanying fittings and wiring, I spent £13 on eBay and got this four-channel thermocouple reader. Another fiver for two K-type thermocouples with 5m cables and I was all set – one was cable-tied to the dipstick to give me the oil temperature in the sump, and the other went to the radiator top hose for coolant temperature. Satisfying, effective and very cheap! 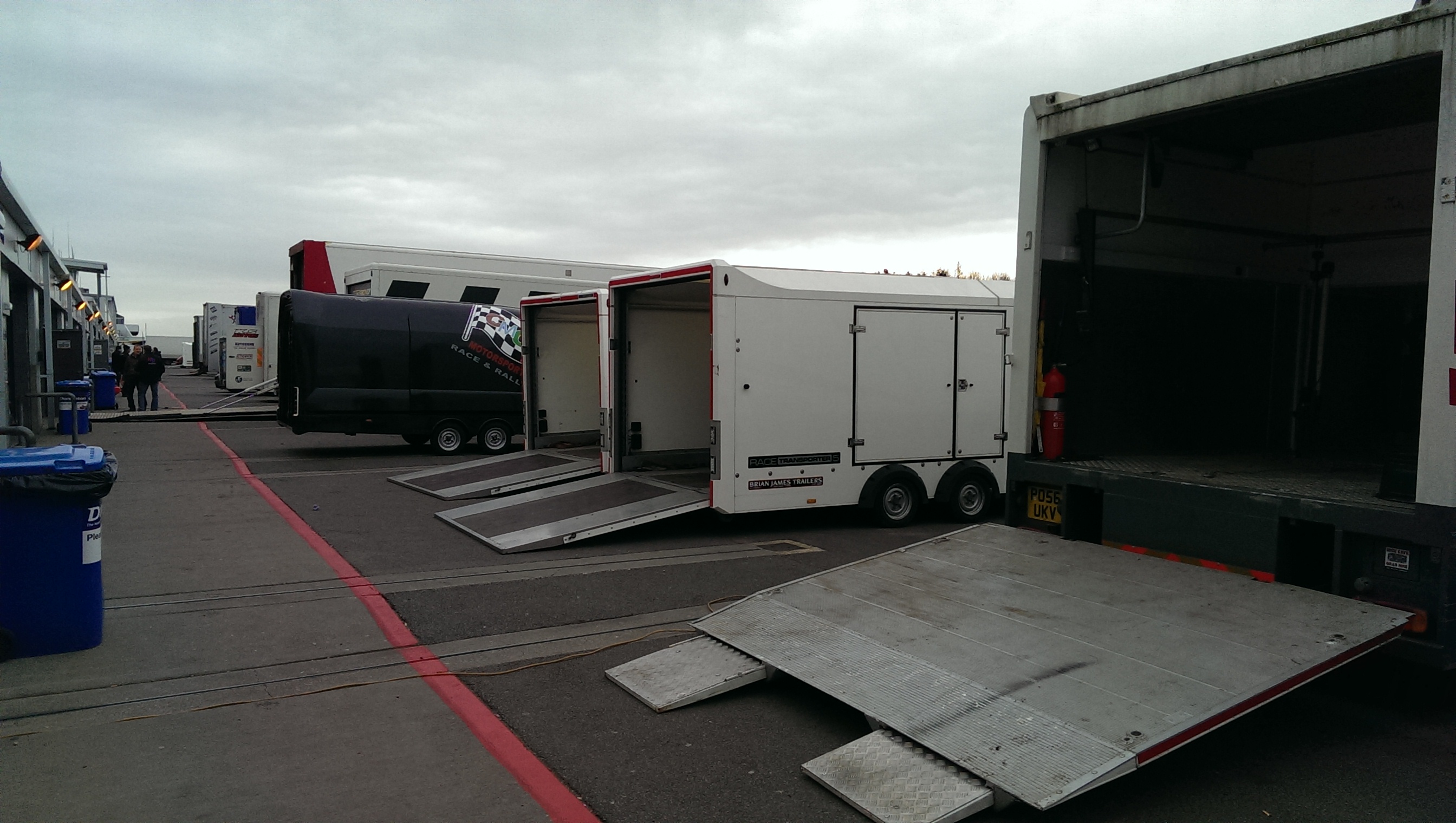 My worries weren’t eased all that much when I arrived in the paddock. Being the weekend before the race meeting, the pits were full of professional race teams testing cars and generally looking extremely serious about their business. Driving my race car full of tyres and kit into the paddock and parking it between forty-foot race trucks brought home just how budget my approach was!

But true to form, this ever-faithful car did me proud. I built up pace and session length through the day, with breaks to finally replace those Mintex M1155 front brake pads with Performance Friction Z-rated, which brought a real improvement in durability over a long run. I also wound in some more front camber using the adjustable suspension top mounts, taking out the deliberate understeer tendancy I’d built in to suit novice drivers. The balance then felt good and the car was ready for a simulated race run. 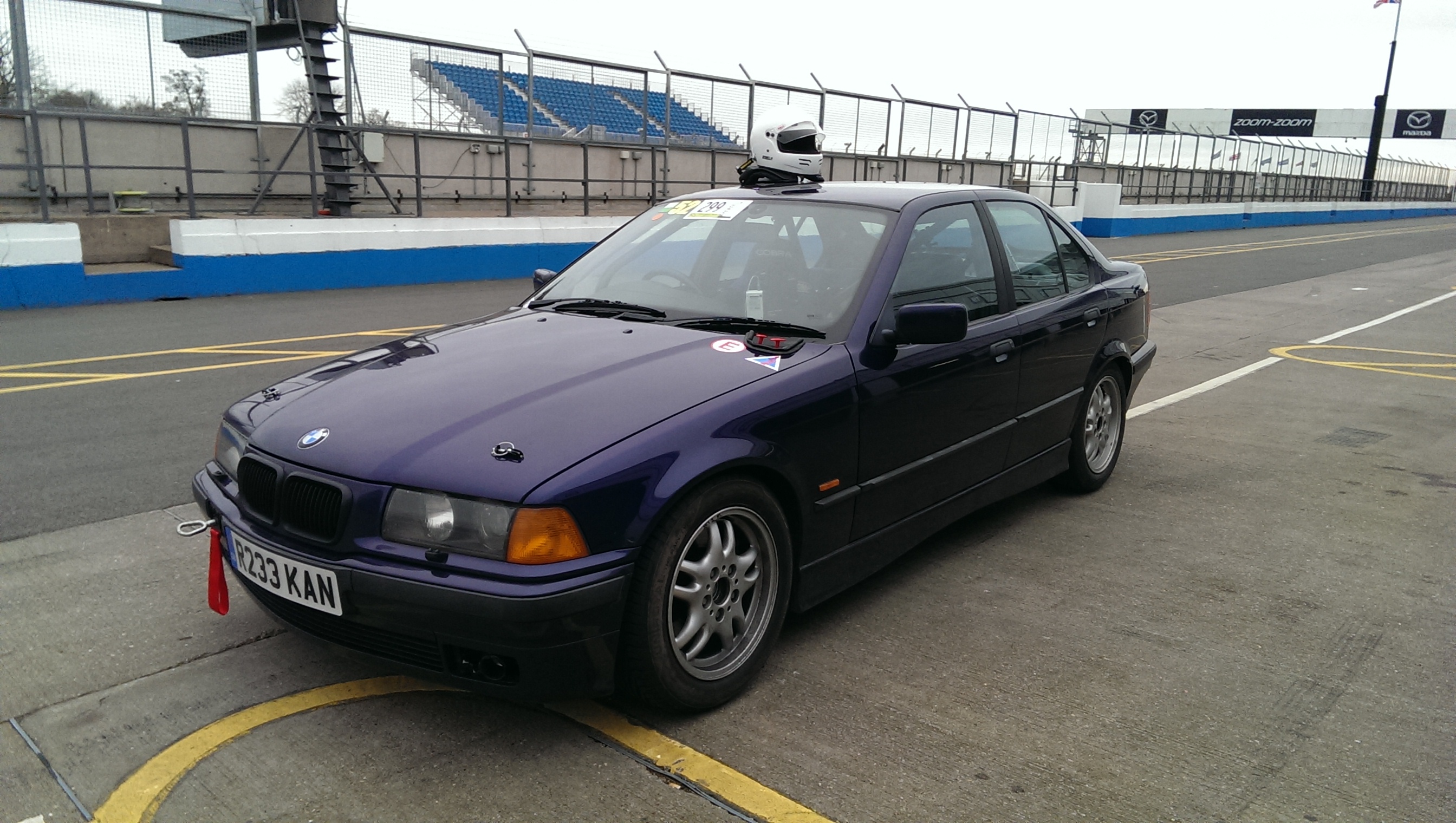 I’d resolved to do a full race distance as part of this day, for my confidence in the car and also to see how I stood up to the demands myself – it’s very hot, very loud and driving at ten tenths calls for a really high mental and physical work rate. So with a four-quid pasta timer on the dashboard counting the minutes up, I had a big drink of water, settled myself into the seat and went out onto the circuit. I drove as quickly as I could consistently manage for 22 minutes, then came into the pits to simulate the one-minute stop. This was an important factor in itself, as stopping a car with brake and coolant temperatures through the roof is a tough test – apart from smoke curling from the front pads, no issues arose and after sixty seconds I got back on the power and carried on until the timer hit 45:00. 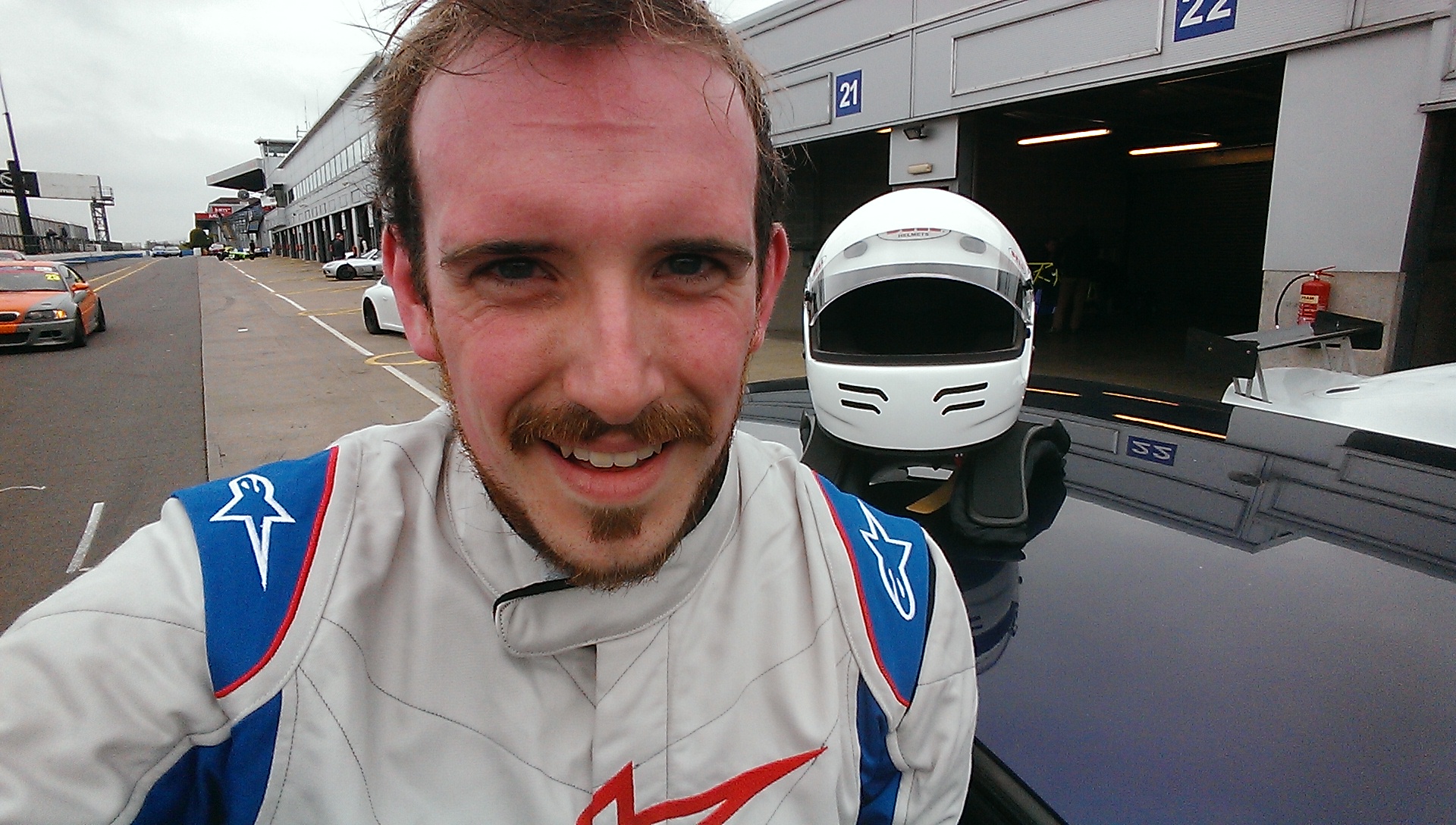 We’d survived! The car had made it through a full race distance without anything overheating or falling off, and the driver had managed to keep it on the tarmac and put in consistent lap times to the end. This is how you look after such a session – shattered, red hot, slightly disoriented but euphoric. I had a good long sit down after that, but knowing the car was capable and that I might just be able to finish the race was a huge boost. Here’s a lap from the afternoon:

The final task for the day was acclimatising another driver. James Lewis-Barned, the car’s previous owner and track day veteran in it and various other cars, would be racing with me from the second round onwards. I’d wanted to tackle the first race at Donington on my own, as there were a lot of unknowns and I didn’t want the responsibility of someone else’s financial and emotional investment in competing if something went wrong, but once I’d proven the concept, sharing the driving was always the aim. As well as a brilliant shared experience, cutting costs in half is always welcome! So James came along to this track day to see how the car suited him in race spec, and came away equal parts pleased with how it felt, and astonished that it used to be his daily driver. 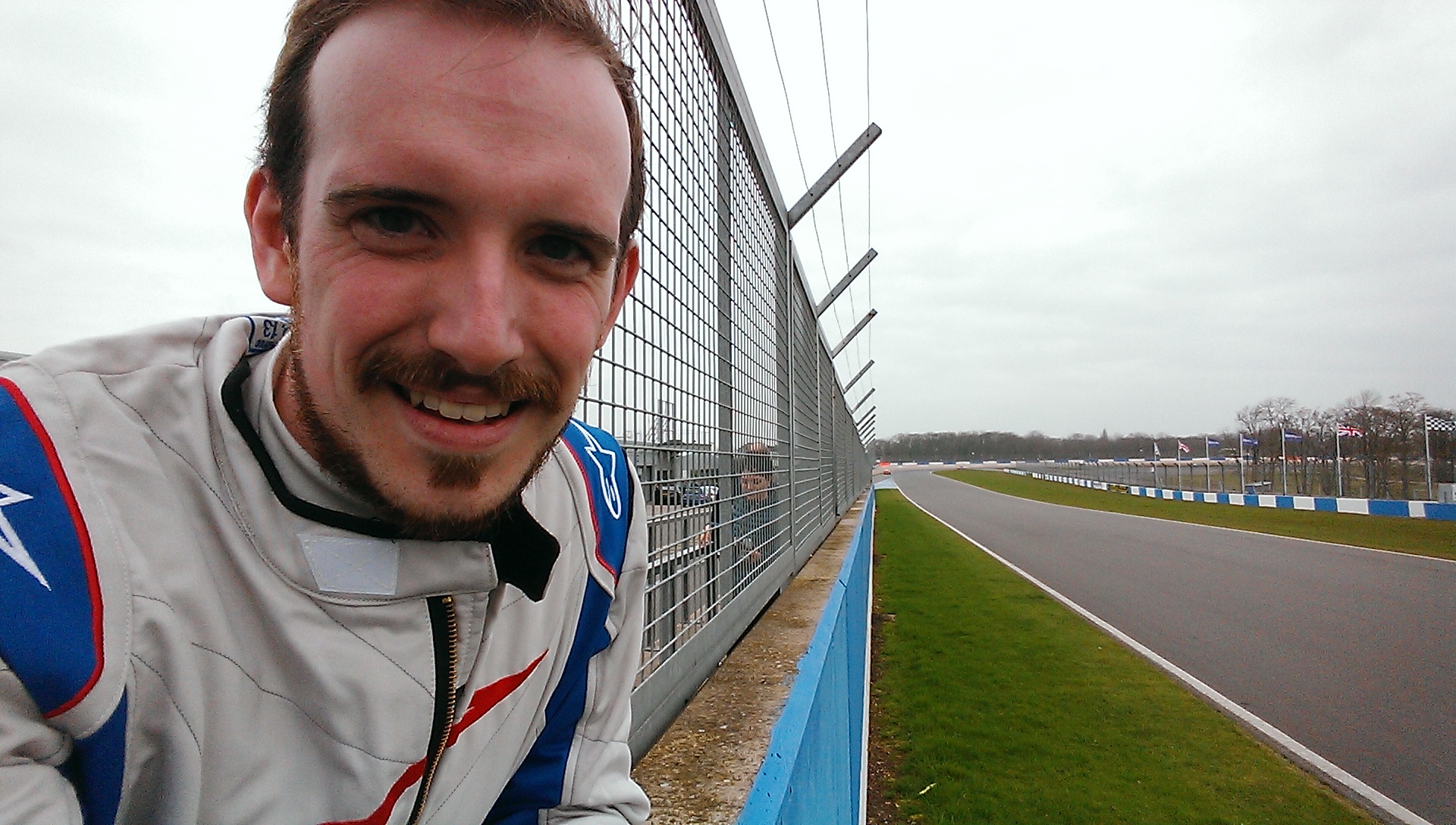