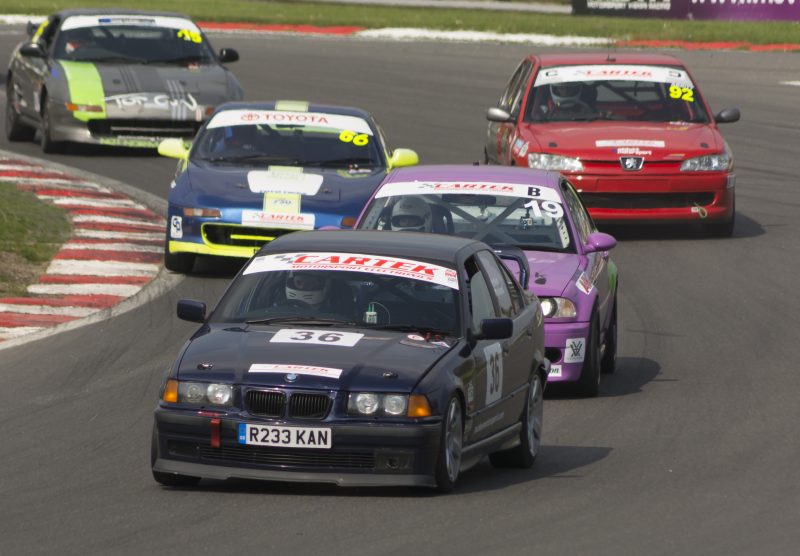 We have a special treat to go with this race report – a behind-the-scenes look at the car in the pit garage and during prep to go out for a session, and lots of on-track action during qualifying and the race itself. Alex Baldwin was on hand to film parts of our meeting, with Jon Simes taking still shots. Alex very kindly shared his edit on YouTube, offering an uncharacteristically high-res look at our activities!

Normally I don’t favour motorsport in a heatwave, but after the snowed-off Donington Park meeting, any weather that absolutely guaranteed we’d get the chance to go racing was more than welcome! The first race of the 2018 season became Brands Hatch Indy, and we arrived feeling well-prepared after racking up 140 laps in varying conditions on a track day beforehand. 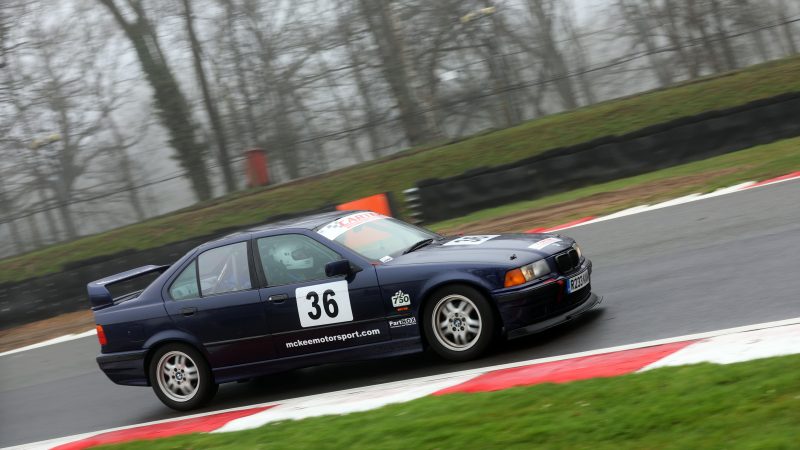 Scrutineering in the sun on Friday evening passed without a hitch, and Saturday morning saw us unloading and preparing the car in plenty of time for qualifying at 10:40. It’s moments like these that I need to pause and really appreciate the capability of this car. I’ve driven it here to race it, and yet it’s entirely self-supporting – absolutely all the equipment needed to run a race weekend, from tyres and tools to camp chairs and the kettle, travelled to the circuit in the race car. And it’ll all go back in to drive it home, barely an hour after it takes the chequered flag. It’s hard to grasp that level of versatility until you see it laid out in the garage around you! 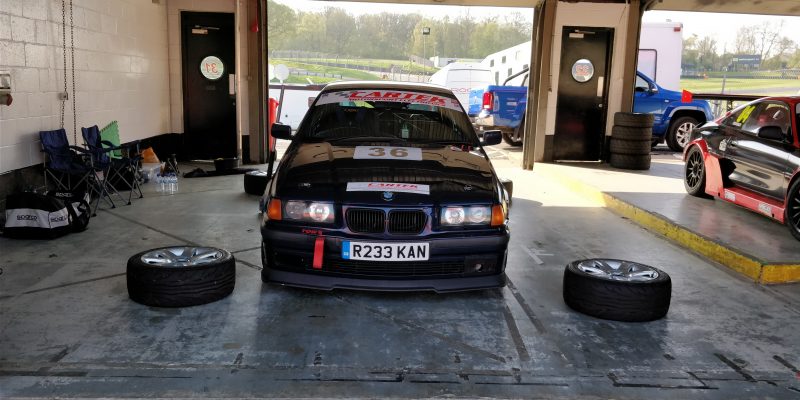 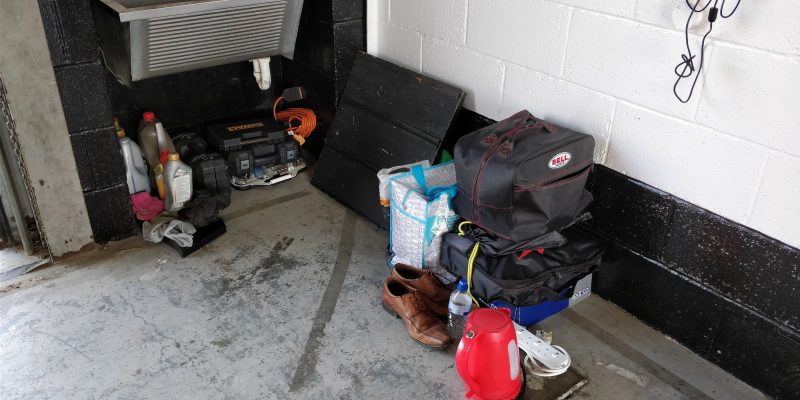 With 38 cars sharing 1.2 miles of circuit, qualifying was never going to be anything but busy, and the biggest challenge was finding enough space for a clean lap. The car felt good but the circuit was slippery, particularly on the exit of Druids hairpin and the long sweeper of Clearways. After seven or eight laps of diving in and out of traffic, it became apparent I wasn’t going to get space for a clear run, so I came in and handed the car over to Adam to clock up as many laps as possible. I was astonished to find that my time of 57.21s had us provisionally fastest in class, and only Dan Rogers’ MX-5 was able to best it by 0.55s by the end of the session, which was sadly cut seven minutes short by a red flag. Less warmup than we’d hoped, but P2 of 15 Class C cars in our first dry qualifying session – I was over the moon!

The car was weighed after qualifying, and clocked in at 1274kg, heavier than expected. Given that it currently only makes around 213bhp, that’s 167bhp/ton against a class limit of 180 – in other words, we managed to put it second in class despite a 15bhp deficit! Lots of potential to unlock for the next race. 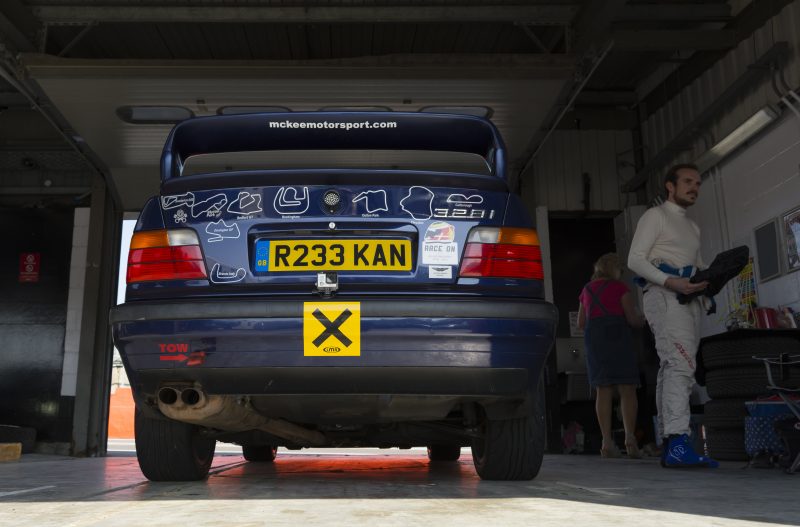 With the car running nicely through qualifying, the break until race start at 3:05 was relaxed and left some time to watch other series qualifying and competing. Then we were off to the assembly area, with me to start the car from 14th on a grid of 34. 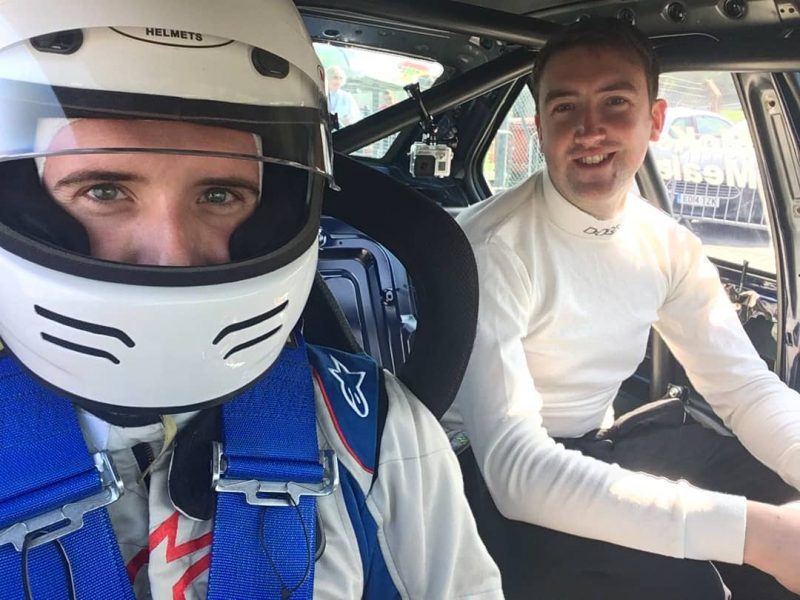 Having done a few races now, nerves don’t tend to hit me in the assembly area, nor on the green flag lap. But sitting on the grid waiting for the cars behind to form up, looking at who’s around me and really feeling how narrow everything was and how busy it was going to get into Paddock Hill bend, I almost had time to worry before the lights went out! Here’s the video…

After a hectic start with numerous attempts to get around the outside of battling cars – with mixed results! – it was a straight fight between me and Dan Rogers’ MX-5 for the lead of Class C. I seemed to have a bit more performance in a straight line, but his superior tyres gave him cornering speed I couldn’t match. 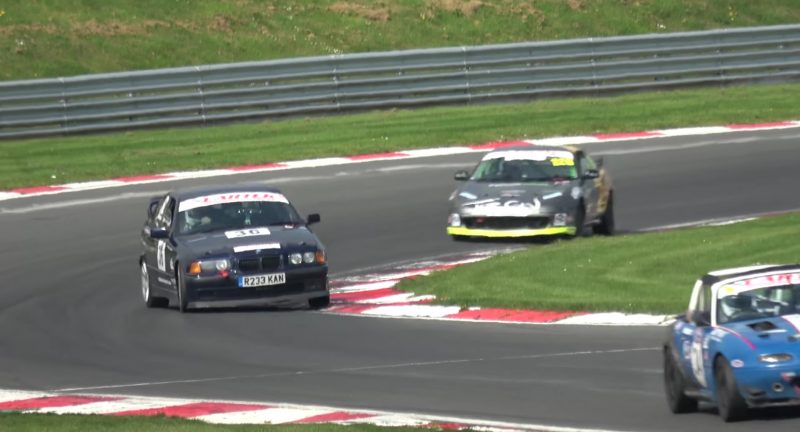 We traded yards for lap after lap as I gave chase, making a few attempts in the process, but I finally overheated my rear left tyre and had a big slide on the way out of Clearways. That gave Dan the opportunity to break away, and once no longer having to watch his mirrors so closely he pulled a small gap.

At 17 minutes, the safety car came out, so I dived straight into the pits to try and take advantage of the slower pace on circuit. Our pitstop ran smoothly, with Adam strapped in and on his way 62 seconds after I stopped the car – about right, it’s not worth picking up a penalty by accidentally clocking 59.99! – but then every strategist’s worst nightmare struck. Adam made it to the end of the pit lane before the safety car came back around, exactly as planned, but rather than being allowed to rejoin in our rightful place behind the four cars that were following it, we were inexplicably held for 40 more seconds through a huge gap of empty circuit, until a train of another 13 cars passed, all gaining a position over us.

A few laps of hard driving followed as Adam fought to make up the time we’d lost, showing some brilliant technique in heavy traffic on his race debut, not least a spectacular offense on the #48 MR2 of Mike Nash entering Druids.

But with twelve minutes still to go, another disaster – fuel starvation. Even with over half a tank still on board, the combination of a failing fuel pump and Brands Hatch’s challenging left-handers and huge gradients meant Adam was left quite literally powerless on the exits of Paddock Hill and Druids. Running in higher gears helped, but time was lost hand over fist, with nothing to be done but nurse the car to the end with the fuel pump screaming in protest. I find the last part of the footage hard to watch, I can’t imagine how frustrating it must have felt – it will not happen again. 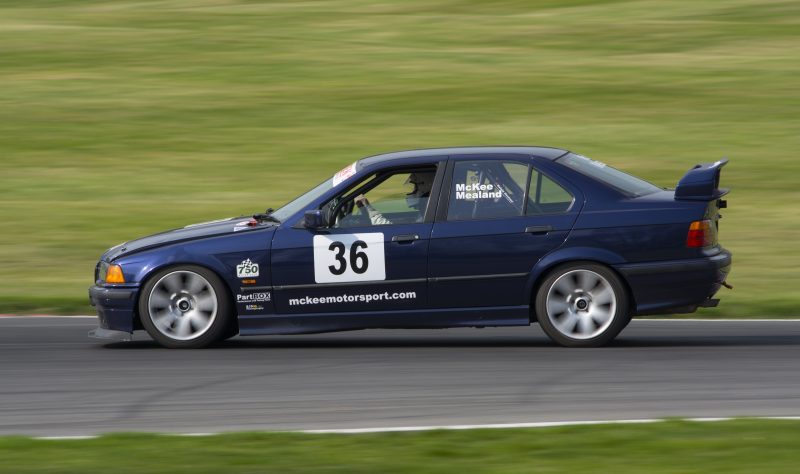 As the chequered flag came out, we crossed the line 16th of 34 starters, and 6th of 15 in Class C. Mixed emotions for us both – we’d shown we had the pace to fight right at the front, and Adam had brought the car home to a good finish after a really challenging debut, but we both knew there was so much more left out there. More careful strategy and some work on the car before Rockingham on 9th June will put us right back at the sharp end next time out!

Thanks again to Alex and Jon for coming along and giving generously of your great work – we hope to see much more of you over the season! 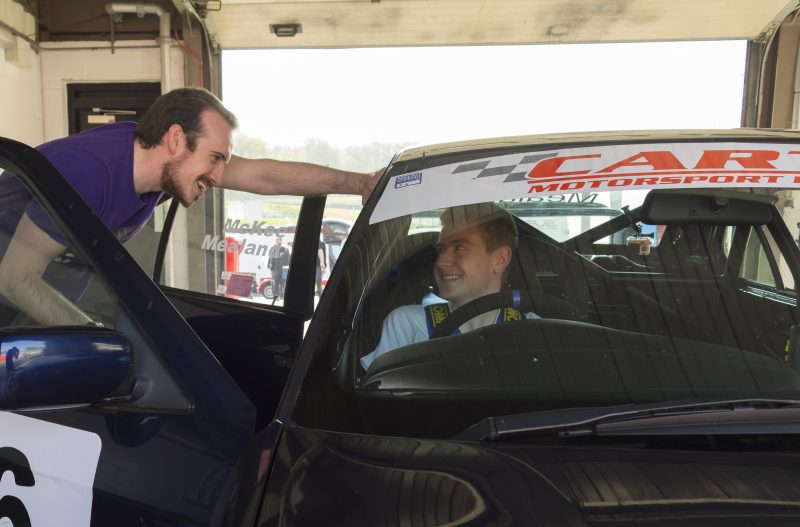