“That was wheel to wheel!” 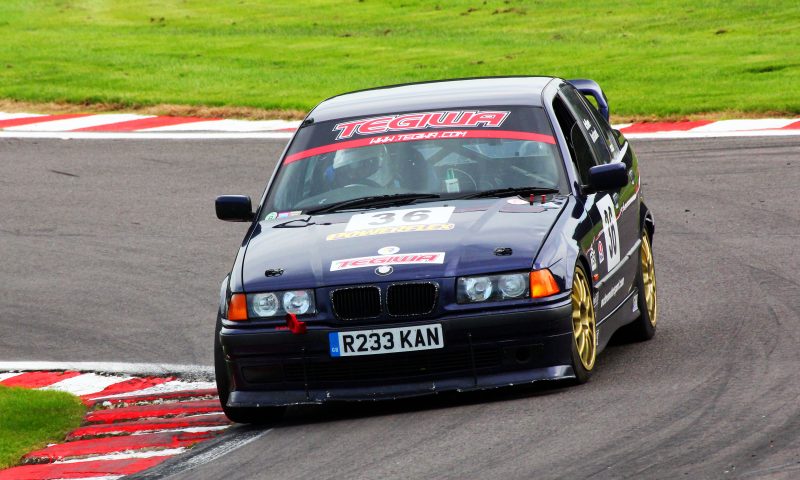 Buoyed by the success of a comeback race at Donington Park, the following weekend brought our return to the Club Enduro Championship at Oulton Park. This is a beautiful but deeply challenging circuit for both car and driver – not only are few of the corners straightforward, nor are the straights! It’s bumpy, undulating and constantly curving one way or another. There’s no respite, the work rate is relentless over the 2.7 miles of the International circuit, and we’re here to do a two-hour race against 33 other cars.

Oulton hadn’t featured on our calendar until now, and I hadn’t driven it since February 2016! It’s Adam’s local circuit so his track knowledge was fine, but since he hadn’t sat in the car since its accident at Croft three and a half months prior, we both were both in dire need of some testing before we’d be ready to race. We booked onto a full day of the Friday test directly before the race, at the slightly eye-watering cost of £380. But we know how 2019’s fortunes are playing out by now… 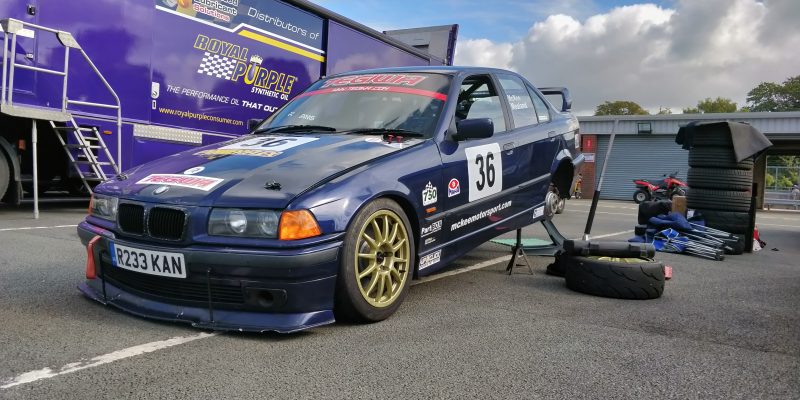 Twenty minutes into the day, I made a small and very costly mistake. I dropped the rear-left wheel off the edge of the kerb on the exit of Britten’s chicane, heard a loud bang, and immediately the revs flared and drive to the left wheel was lost with a metallic clattering noise. I could drive the car under very gentle power, as the limited-slip differential worked hard to divert all the torque to the one connected rear wheel. I got it back into the paddock fearing the worst: a differential failure would be the end of our weekend. The car went high up on axle stands so we could see what was happening, and to my immense relief both diff output flanges were turning. The failure was the driveshaft inner CV joint, which seemed to have snapped clean in two. That SKF shaft had been on the car for about four hours’ use, which others now tell me seems to be par for the course. Avoid, despite the strength of that brand..

The relief was short-lived when we found that no local parts shop had a shaft that would fit. Nor did the breakers, the main dealers, anyone in the paddock, nor the motor factor Adam to which drove an hour to find a completely wrong part. The test day dwindled away as the car sat immobile, until Brad Wallbank came to the rescue with a shaft from an E36 being broken for parts. We got it fitted in time to scrutineer the car on Friday afternoon, but not in time for Adam to do any testing at all. We’d be going into qualifying quite blind the next morning. 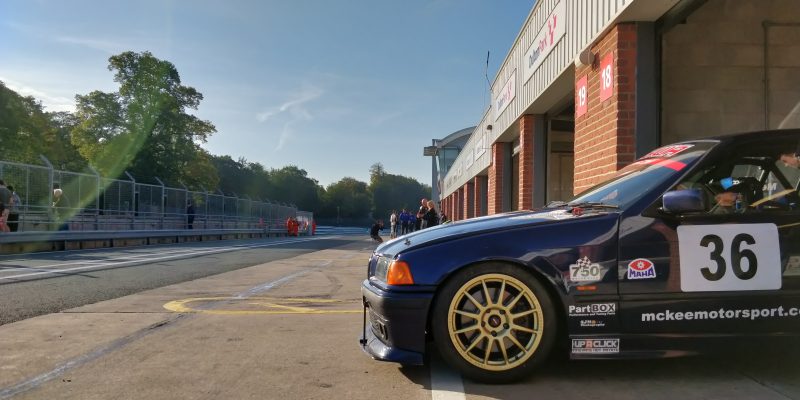 The day dawned crisp and clear, and I was immensely relieved to see Adam come past the pits in qualifying.. the soundtrack and stopwatch both told me the car was performing well. Our last-ditch driveshaft appeared to be doing its job. I took over halfway through the session to find a car that felt familiar again, but I was treating it more cautiously than ever before: stay off the kerbs, keep some margin, don’t go throwing everything away with the race starting in three hours’ time. Whilst briefly second in class, we finished the session fourth of the ten Class C entrants. We chalked this up as quite a success, considering the débâcle of our test day.

As the race approached we found ourselves in the eerie quiet of an endurance race’s assembly area. Usually bustling with crews and family, the wait to go to the grid is always to the backdrop of dozens of race engines idling away, from the quiet and smooth to the lumpy and aggressive. The air is usually filled with the rich, sweet scent of unburnt fuel as everyone warms their engines.. but not so before Club Enduro. Every drop of fuel burnt here is another drop we need to replace in a pit stop, so not a single engine is running. It brings a totally different feeling of anticipation, and makes the endeavour feel very serious and very real. 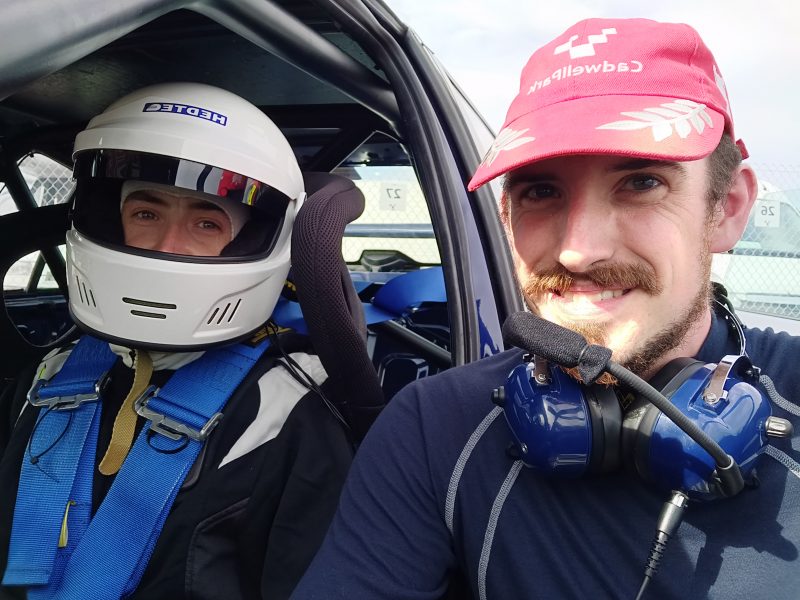 Adam started the race, with my nerves jangling on the pit wall to see if he could survive the hectic first few laps and find the car robust at full pace. I needn’t have worried. He excelled himself, fighting almost constantly throughout his entire hour stint. I’ve never seen such a protracted struggle for positions in Club Enduro, with Adam battling the #81 MX-5 of Matthew Tidmarsh, then the championship-leading #79 BMW 330i with Andrew Lightstead at the wheel, and finally Darren Kell’s #68 MX-5. For much of the first hour, all four cars were on top of each other and trading places lap by lap. It made for fantastic viewing! 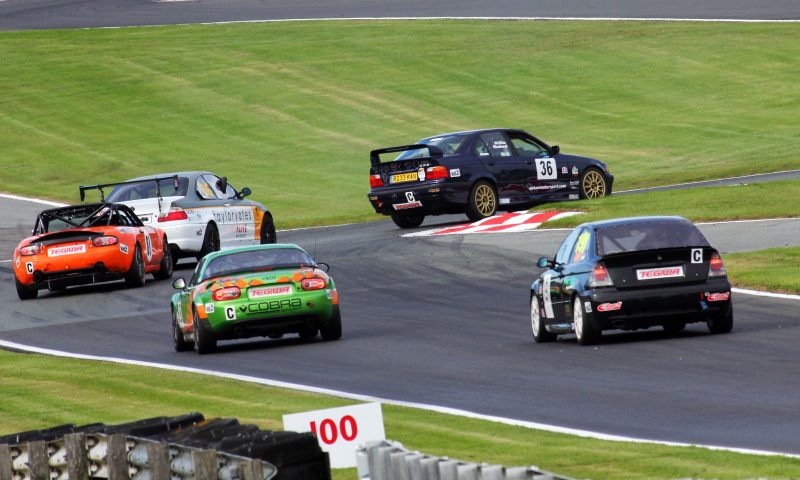 A safety car at 53 minutes race time gave us the opportunity to save time in our pitstop, so Adam came in from third in class to take on fuel and hand the car over to me. He got out looking harder-worked than I’ve ever seen him but reported no issues with the car, so out I went to try and bring home another podium finish. By the first three corners, all my worries had melted away and I felt completely at home. The circuit was starting to make sense, and the car felt fantastic – sharp, agile and stable lap after lap. I settled into consistent, smooth laps with more than a few Class B cars overtaken in the process.

I don’t wish to write a blow-by-blow account of everything that happened in the race, partly because I could reach 5,000 words, but mostly because the stunning footage captured by Alpha Live Productions and commentated by Ian Sowman and Joshua Barrett does a far better job. I did my best to condense this into the shortest highlights video possible. It’s incredible to think that this is my car, my five years’ work starting from a tired 90s repmobile, captured in such a professional way. I hope you enjoy it!

The end result? A desperate wheel-to-wheel battle with Darren Kell that counted three body contacts, two cars off the circuit, and enough excitement to justify two full laps of uninterrupted coverage from the commentary team! During a safety car period I’d heard telltales of that driveshaft pulled from a scrap car starting to fail, so was doing my best to nurse the car home. With ten minutes to go Darren had other ideas, turning the fight for second in class into the closest, toughest racing I’ve ever had to do. 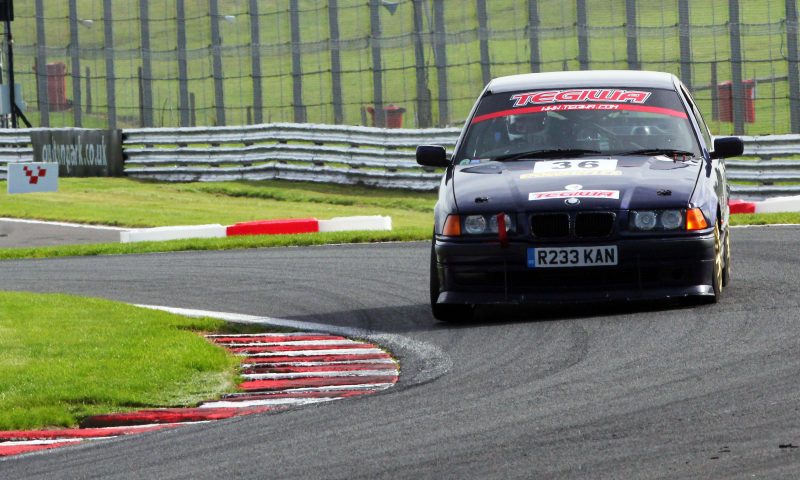 Finally winning through to stay ahead of Darren’s MX-5 and pull out a bit of a gap, I had a new challenge to face: the inexorable march of the fuel gauge’s needle towards zero. Club Enduro has a mandated pit stop time, every car must be stationary for three minutes to refuel – but the dry break refuelling rigs we must use to minimise the risk of fire take a long time to fuel our car through its standard filler. We always have to take a judgement call and fuel the car as lightly as we dare to avoid wasting time in the pit lane, and the endless battles of this race had nearly burnt it all. I was short-shifting and throwing the car around the circuit to move the fuel to the useful part of the tank, full of doubt until the deliverance of the “last lap” board and finally the chequered flag. Hard in my mirrors for the last few laps, Darren finished nine tenths of a second behind me after two hours of racing. 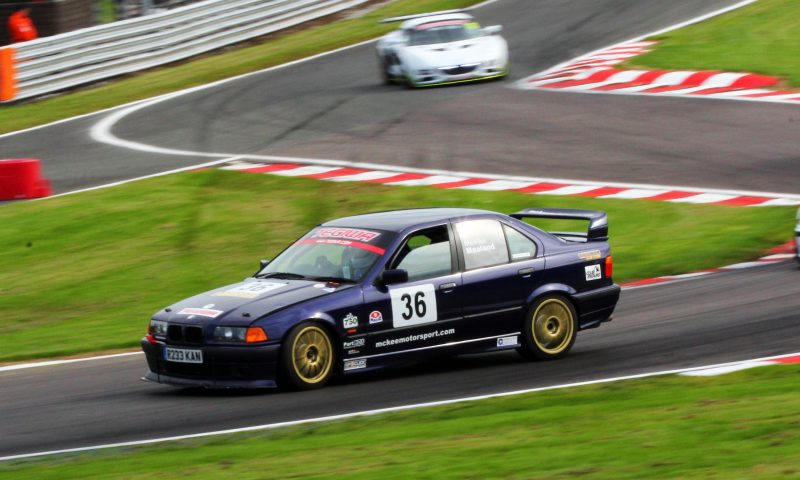 We’d done it – our comeback race had seen us finish second in class! I was absolutely euphoric as I crossed the line, scarcely able to believe we’d achieved this result after practically nothing going to plan since we’d arrived. It felt fantastic, and all the more so for having been a true team effort. Both drivers had fought tooth and nail for positions, both had punched in laptimes as fast as the car could do that day, and both left with a trophy to be seriously proud of. 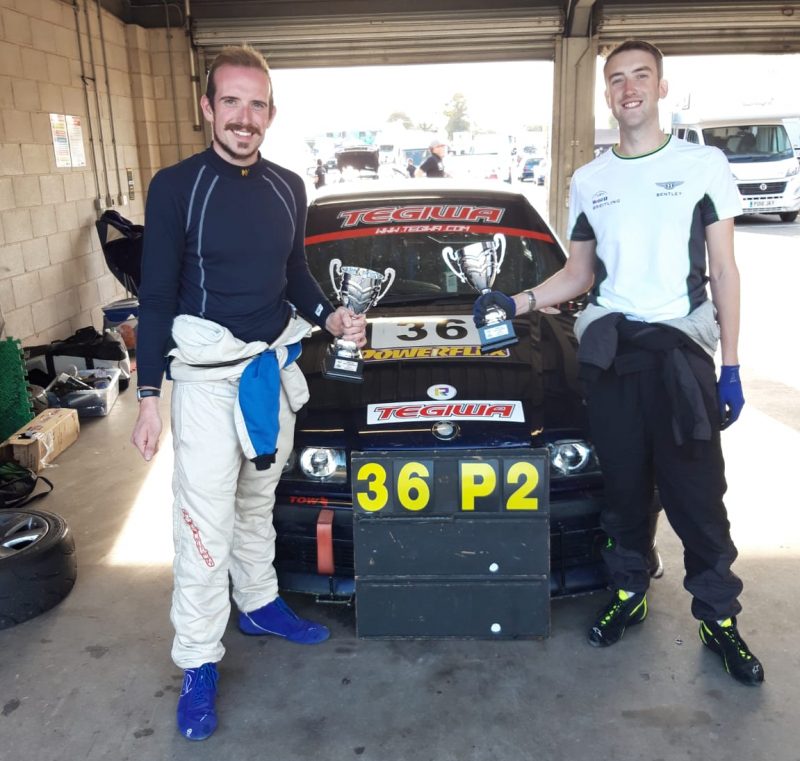 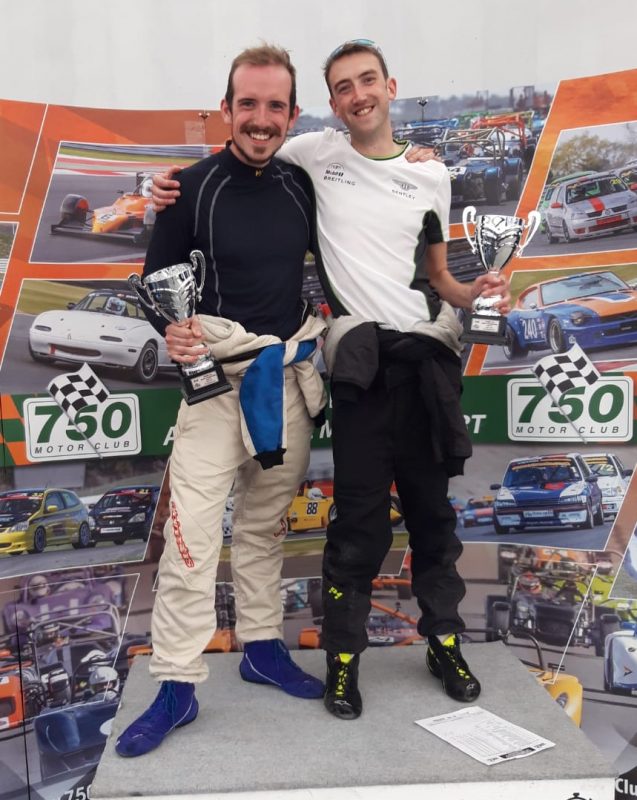 Next up, Silverstone’s Grand Prix circuit on October 27th. With a third place finish at Donington and second at Oulton, there’s only one step left to climb…