If in doubt, drive it even harder?

Two months later, September 2014, we’re back to Blyton Park – but on the far more technical Eastern layout. I enjoyed this much more – it took a few sessions to really get my head round it and the great big long right-hander “Curva Grande” doesn’t seem to have any correct answer in terms of line, so there’s plenty of challenge there for an airfield track.

I didn’t make any major hardware changes after Curborough, as I’d been quite pleased with how the car felt, with the exception of some quite heavy understeer after turn-in. This turned out to be due to some very wayward geometry, and I went for these settings:

Quick guide to track day or racing geometry settings for an E36: It’s important to have more front camber than rear, as the rear end has quite a bit of camber gain as it rolls, and the years hence have told me that actually you need a bigger difference than this – an extra 1 – 1.5° on road or track day tyres, a full 2° more at the front on race tyres. The front toe I would set to zero now, having a bit of toe out makes it feel like it turns in more eagerly, but it gives you understeer mid-corner. Some toe in at the rear is crucial because of the way the Z-axle moves, if you put any less than this it’ll start to feel weird or downright dangerous. 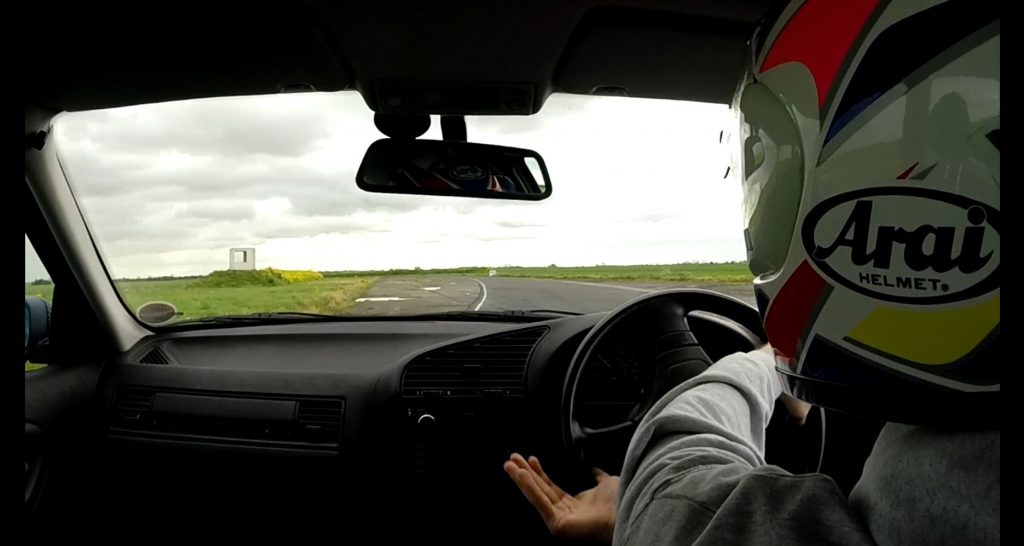 You might have noticed a very different soundtrack in the video above. Remember that cone filter I had from my E46? This finally made its way onto the car, with a complement of about £25 worth of silicon hose, aluminium pipe and a wraparound heatshield from eBay. I don’t expect it gives any power whatsoever, I couldn’t even feel much different in throttle response, but it sounds awesome so it stays! 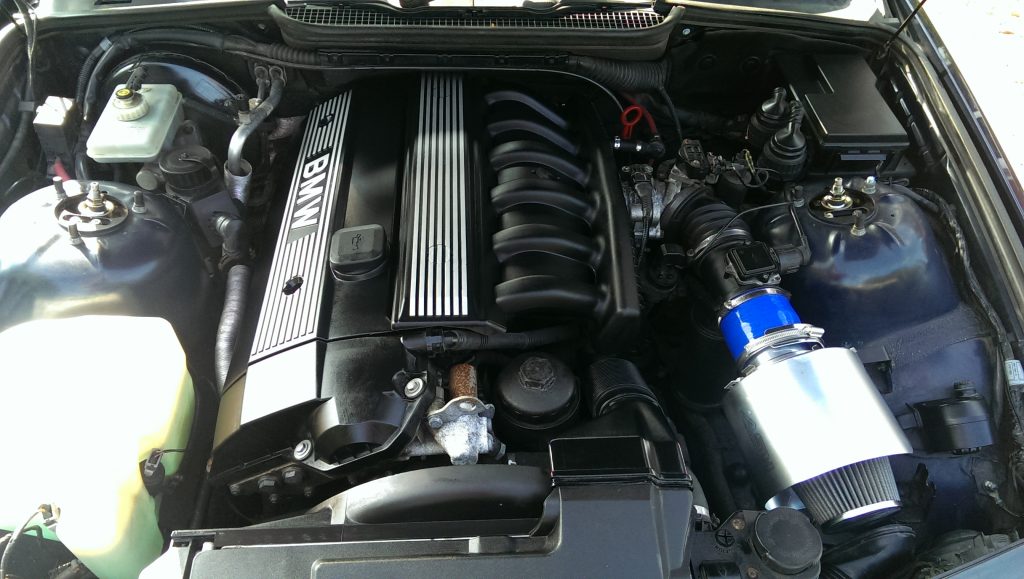 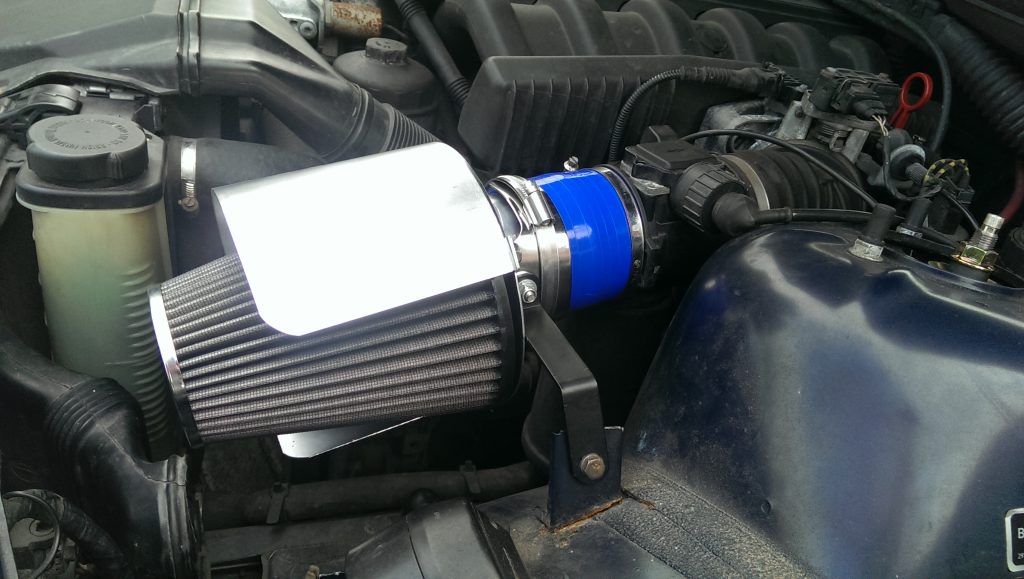 There’s still a little mid-corner understeer, which I’m overcoming in the video with judicious trailbraking without any ABS and what felt like a bit too much rear bias. Oh how we grow with experience – it seems quite shocking how much I’m manhandling the car, looking back at it now, and I certainly wouldn’t be doing that on race tyres! I don’t fluff downchanges like that any more either, though in the last corner in particular it did make for an entertaining “moment”. 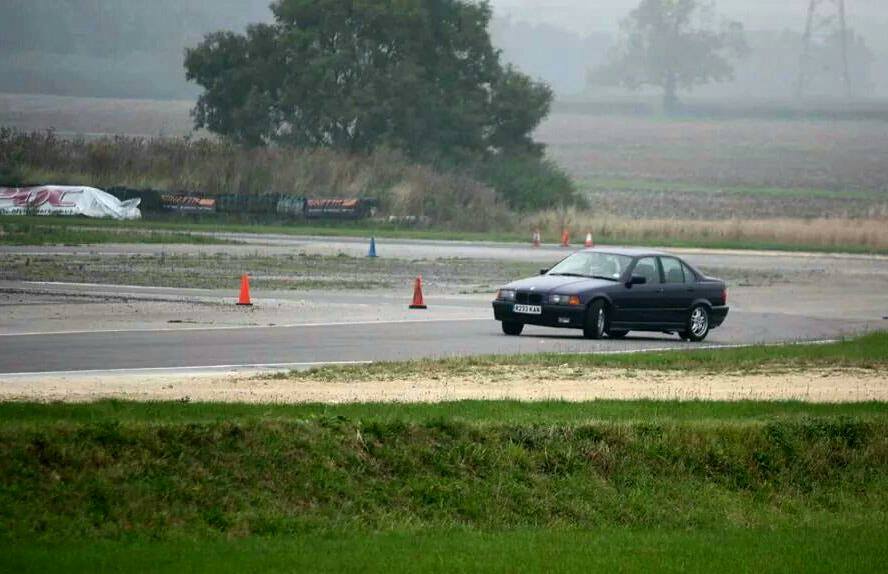 And don’t let anyone tell you I only show the good bits!

Apart from numerous attempts to throw the car at the scenery, the only issue I encountered was cooking the rear brakes. These were still standard discs and pads, just cheap stuff, so it was no surprise and I got some replacements on order. Next up I wanted to take the car somewhere much bigger to stretch its legs a little, so I booked a track day at Bedford Autodrome for a few weeks’ time…