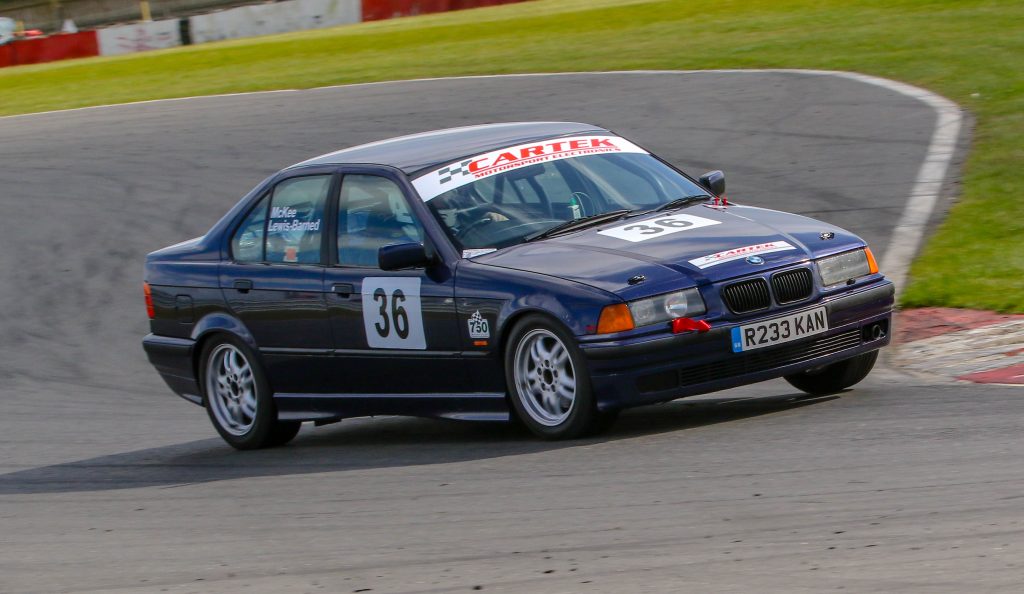 April 2017: The second race of 2017 came just five weeks later, at Snetterton in Norfolk. After the success of the first outing, it was time to put another driver in the car. Enter James Lewis-Barned for his racing debut. As neither of us were familiar with the circuit, we went for a track day two weeks before the race to get comfortable and find the quickest way around. We got plenty of miles racked up, and performed a simulated race run once again – complete with rapid driver change to get the car back out within sixty seconds. It was great, if a little strange, standing on the pit wall and seeing my car howl past without me in it! 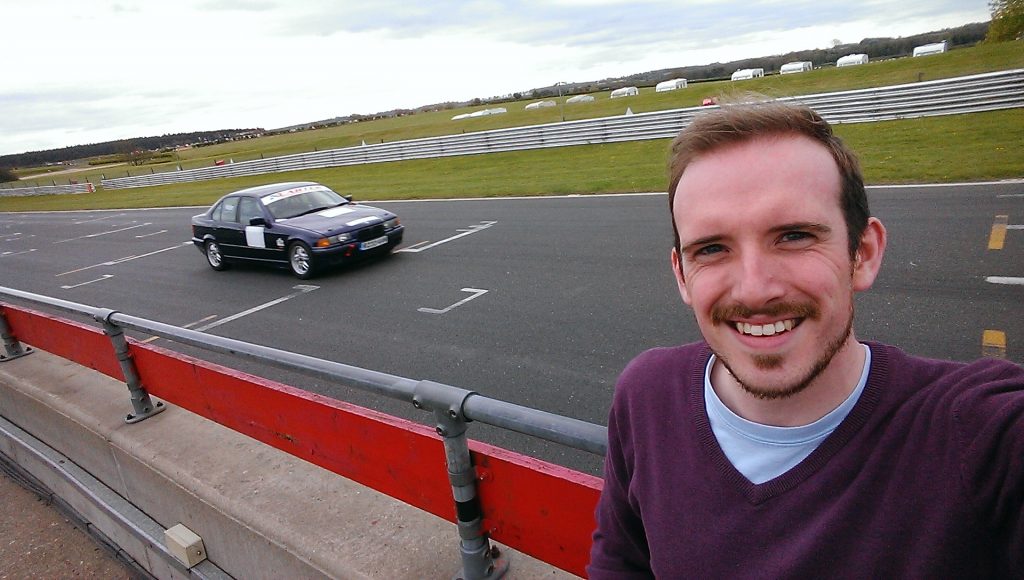 James drove very well, and put in fast and consistent lap times throughout his run. We came away feeling pretty confident, if well aware that the long straights meant there was no hope of finishing so high up the overall order this time – any more powerful car was going to walk away from us.

I ran the race weekend in the same way as Donington – arrive on Friday night, get through scrutineering and get set up in the garage ready for Saturday morning. This time, I had the company of Adam Mealand, selflessly driving himself the 140 miles across the country to support and wield the spanners as required. I was momentarily confused as to why the car registered nearly 1600kg on the weighbridge in the scrutineering bay, until I realised it had four spare wheels, all my tools and race kit, and my support crew still inside it! 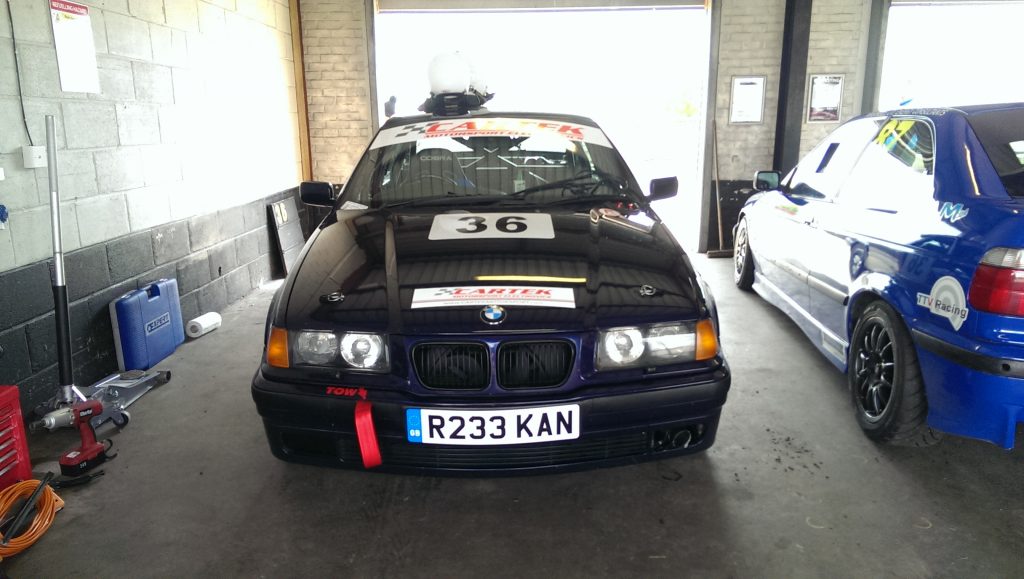 Qualifying required more thought than last time – we both had to put in three timed laps to be allowed to race, which with your outlap and pit-in lap is five each. On a circuit that’s almost 2min30 long, really is all you can fit into a 25-minute session! We decided that I’d go out first, put in my minimum laps, and let James go to the flag in the hope that he’d get more time to get used to the car. 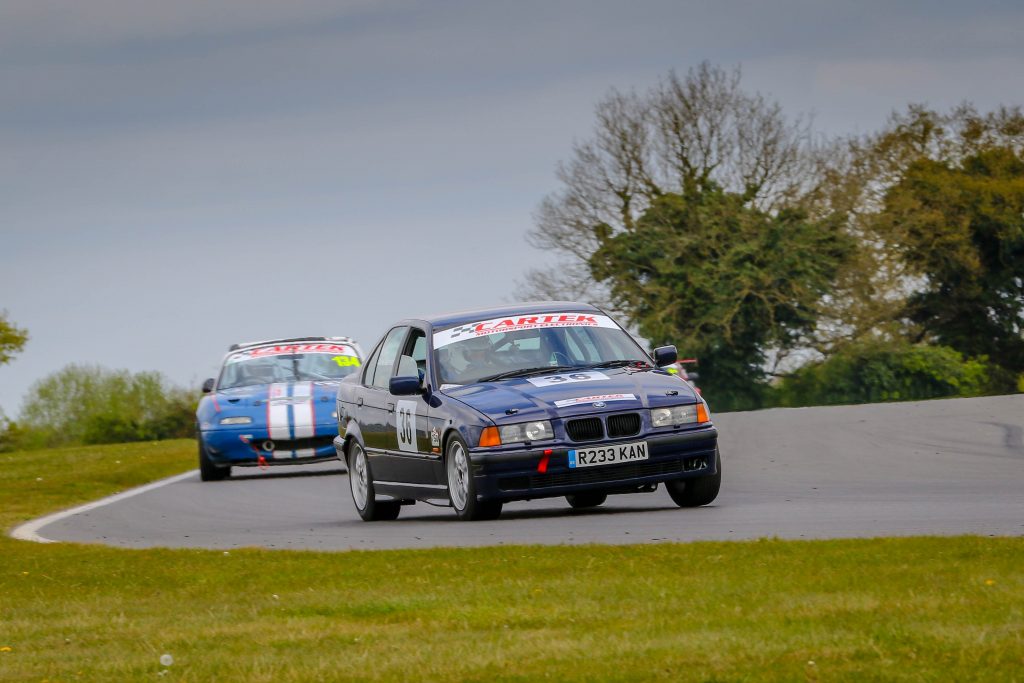 The circuit felt a bit busy despite only 26 cars out, and we each only got one really good lap in, but the pace was encouraging – we clocked 2:21.53 and 2:21.97, with both being easily enough to claim fastest in class, the nearest competitor only managing a 2:23.96. But as we predicted, we sat 21st overall, with all the more powerful cars further up the grid. Hopefully this would at least lead to a less dramatic start than Donington!

We’d decided in advance that we’d alternate who started the race and who got in at the halfway point to drive to the finish, and as it was his first event, James was happy to let me take the start and get the highest risks out of the way. So it was that I lined up on the grid next to the pit wall, waiting for the lights to go out once again…

In what felt like barely a heartbeat, the lights were out and we were racing. My reaction time was quick but I laid down too much power and lost some drive to wheelspin. No matter, as my next concerns rapidly became an M3 Cup car that had fluffed his start in front, then Ivor Mair’s E36 Compact going for the same gap as me. Barely a few seconds later, I was into the first corner and trying to go around the outside of Jeff Williams’ Ginetta G20. There followed twenty minutes of constant battles, though sadly most of it defending from cars behind me, which means the footage doesn’t show a lot of it! I resolved to get a rear-view camera for the next outing. I came into the pits from first in class to hand the car over. 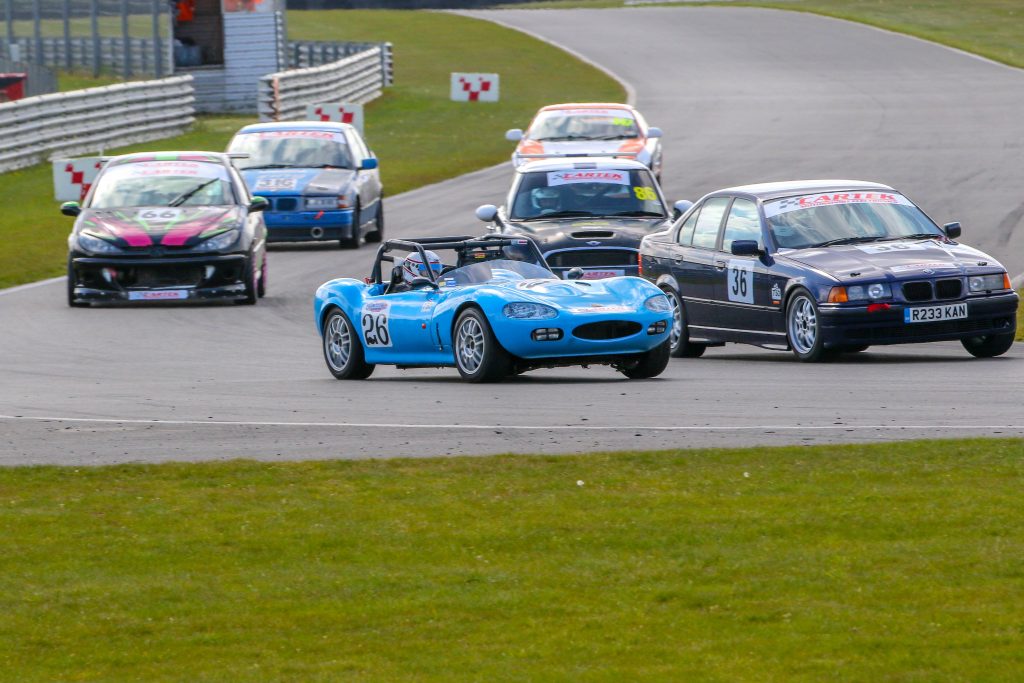 The pitstop went like clockwork and we sent James out to bring the car home. A bizarre feeling, having fought hard for half a race, to then simply get out of the car and watch it drive away! James was thrown straight into the deep end, with Adam Chafer’s 206 to contend with in his first lap out. Having won at Donington meant we had a 15-second time penalty added to our pitstop, intended to stop any one car dominating. This meant James came out with the 206 straight on his bumper, and coming fresh out of the pits made him vulnerable – Adam went through.

The 206’s awesome brakes and sticky tyres gave it a major advantage in the corners, but it lacked the punch of our car’s big straight-six, and James was able to set up a good run out of Williams corner, re-take the class lead down the Bentley straight and start building a gap. In the end we were deprived of a battle to the flag when the 206 developed mechanical issues, and we won by a convincing 87 seconds. 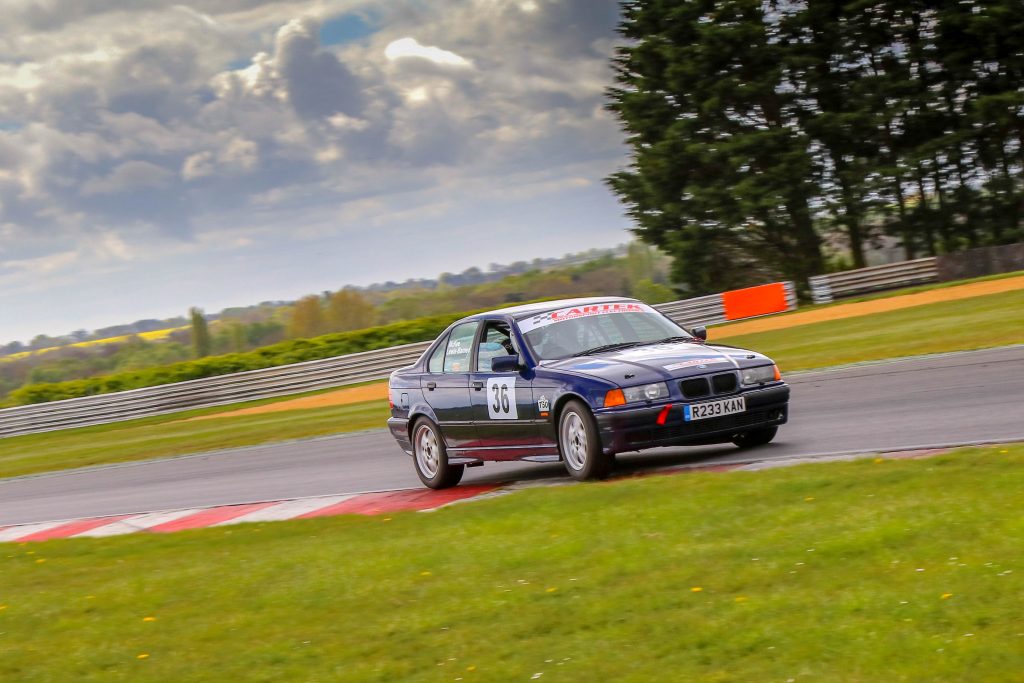 A shame not to have cars to race against all the way through, particularly as all the action seemed to have been in my stint and left James essentially driving a practice session for most of his run – but we couldn’t forget that this 180,000-mile ex-repmobile had once again come up with the goods and performed faultlessly over a race weekend. The drive back home up the A14 felt a lot sweeter with a trophy in the passenger footwell beside me! 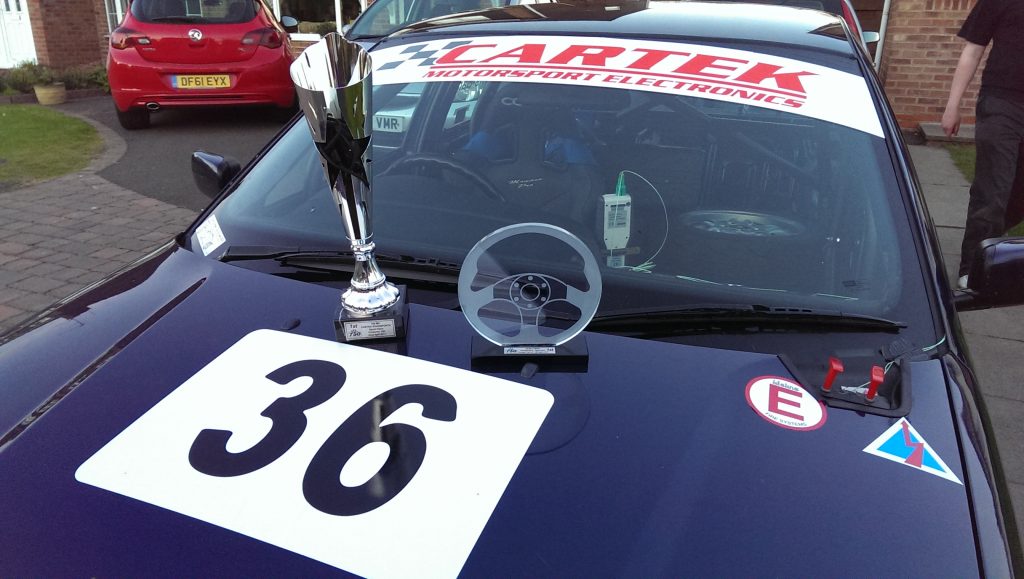 There weren’t likely to be any concerns about a quiet race at the next event – Brands Hatch, all 1.2 miles of it!