By God does this feel like a long time ago, watching it back now!

I didn’t have long to wait before getting out on a circuit – in fact, just four weeks after picking the car up, I was pulling into the paddock at Blyton Park in Lincolnshire. The two-and-a-half hour drive up was no hardship, lounging around in my leather seats with my 90s saloon car suspension loping up the A1. The trip computer claimed 36.7mpg, too.

So impromptu was this day that I didn’t even have time to get new tyres fitted around work, instead opting to buy yet another set of the BMW Style 30 wheels the car already had, complete with Kumho KU31 tyres in reasonable nick. Cheers Sam C! And yes, that’s sixteen wheels I have for it already. All I’d done to the car was replace the rear brake pads, which were worn down to the backing plates when I picked it up. I just used standard parts, as I wanted to test the car in a truly original condition and find out what it needed most.

The morning started off damp with more showers making it properly wet, but it dried up into the afternoon which made for a nice chance to see how the car handled all conditions. It was downright lairy in the wet, with attempts to put any power down on corner exit just provoking the inside wheel to spin up, and mid-corner pokes rewarded with nice, progressive slides. I found it quite intuitive to throw around, it seemed to enjoy being sideways! The combination of a long wheelbase and very little grip made it very approachable. 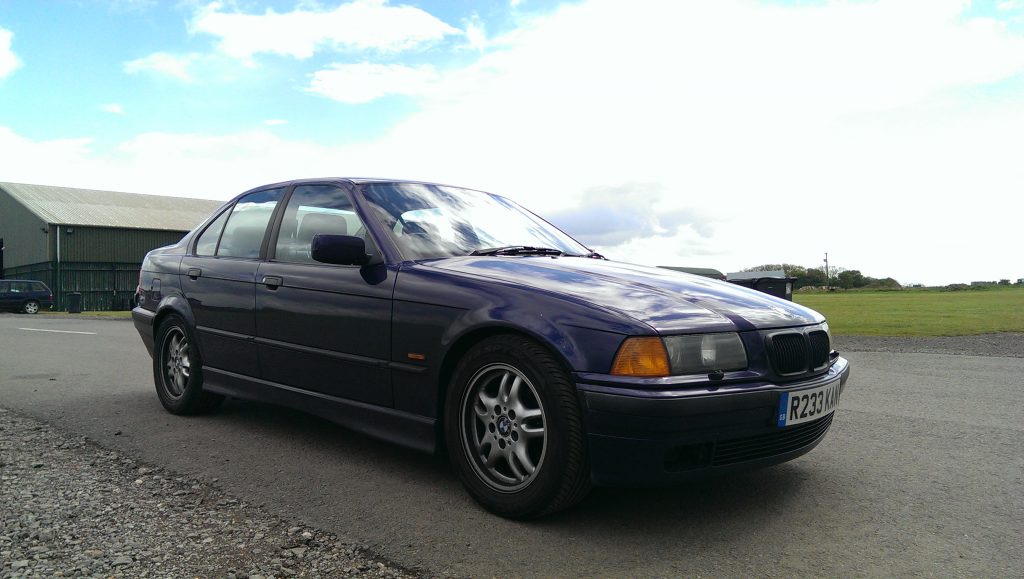 When I got a bit more serious I found a car that felt tired, with vague brakes under a very long pedal, soft springs and little to no damping – but it still felt like there was a lot of potential. It made a rather nice noise, too, though enjoying it meant that trip computer figure fell to 10.8mpg!

After some playing around in a track day format through the morning, the afternoon saw us lining up for solo timed runs from a standing start. It was at about this point in the queue to go that I realised I’d never launched this car before, and nor did I know how well the driveline and subframe would cope with such an offensive manoeuvre after seventeen years and 177,000 miles! But it turns out the peak torque point of 2500rpm and a slightly sympathetic feed of the clutch was just fine, and she took off every time with no dramas. The video at the top is my fastest run, a 1’20.21 around Blyton Park’s Outer circuit. 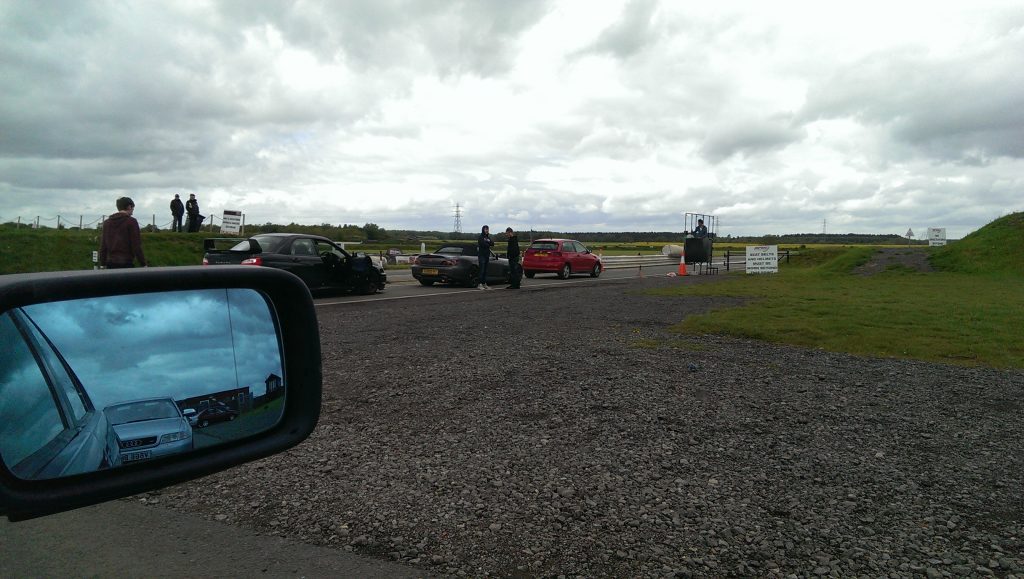 I was impressed with the car’s durability throughout the day. The powertrain stood up very well indeed, keeping itself cool and performing consistently. It developed a small tapping noise from the cylinder head at idle, but I put this down to the oil having been heated up more severely than usual and it did settle after the drive home.

All in all, a very successful first outing, if one that left quite a to-do list!