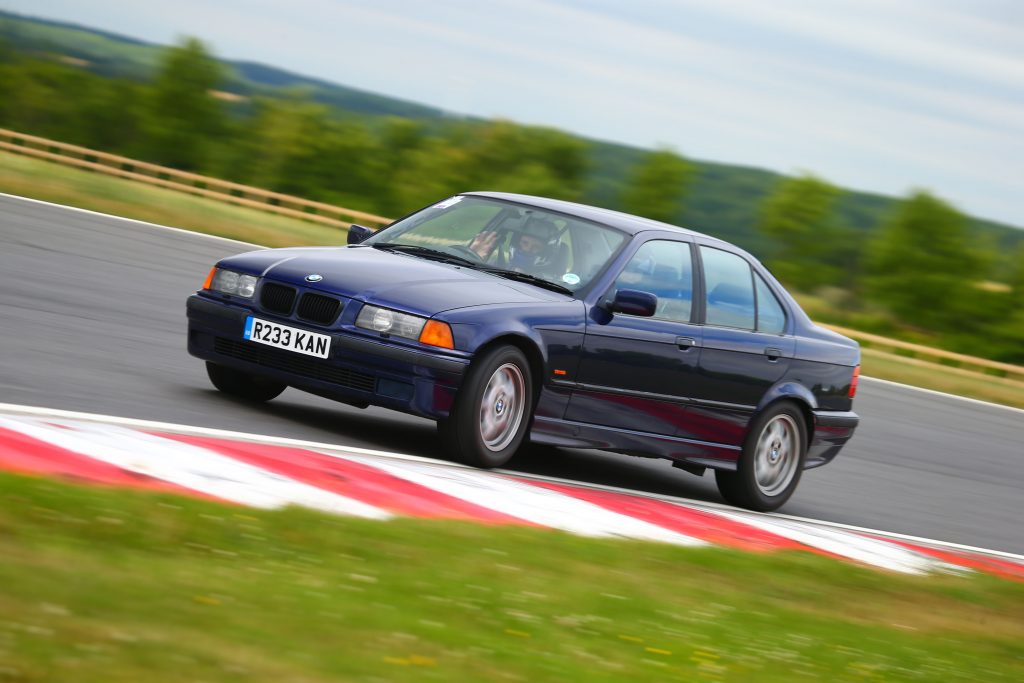 After that successful day at Oulton Park, I’d formed a shopping list for myself again. It seemed only sensible to change the other front wheel bearing, as it couldn’t be far behind failing in a similar way to the first, and new brakes were needed. I’d had good performance from the Mintex M1155, but always want to keep moving the car forward, so after consulting plenty of owners I settled on Performance Friction. A US-based company who have been making professional race pads for decades, PFC also do a more accessible compound called Z-rated. These cost me £80 for the front and £60 for the rear from the excellent part-box.com. 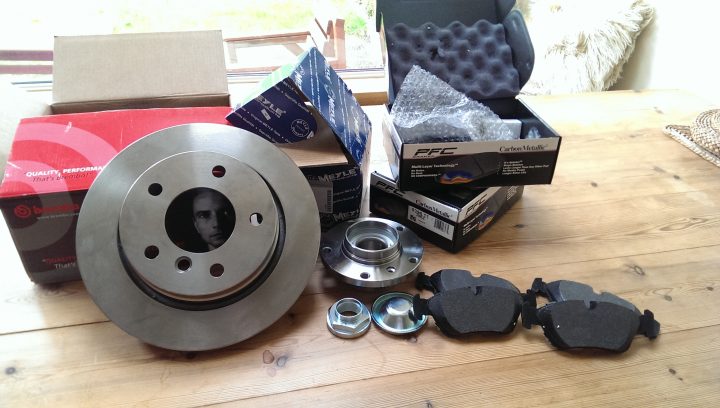 With new Brembo high-carbon rear brake discs to replace the old scored ones, the total came to a pretty reasonable £250. The front pads didn’t go on straight away as there was still some mileage left in the Mintex, but there was no argument against changing the rears at this point! 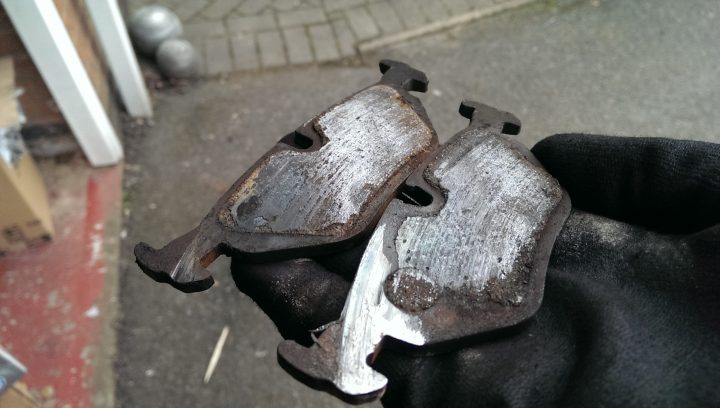 This new brake combination was run in at Bedford, and after 140 hard miles on the track the new PFC pads had barely worn past their edge chamfers – a far cry from the EBC Redstuff that were wiped out in a similar timeframe last year!

Then we were on to Blyton Park for another crack at the Eastern circuit. I always enjoy the atmosphere of any paddock, especially when we’re competing, but doubly so when my car is completely shown up by a gorgeous period race car! 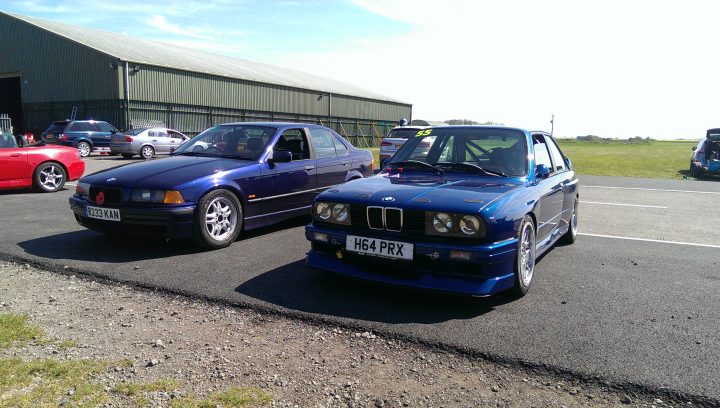 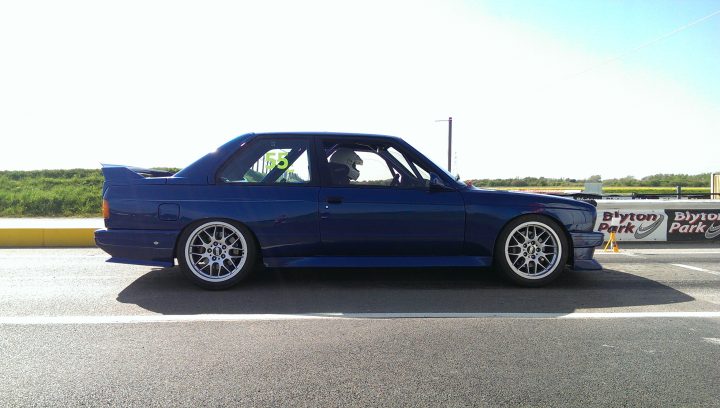 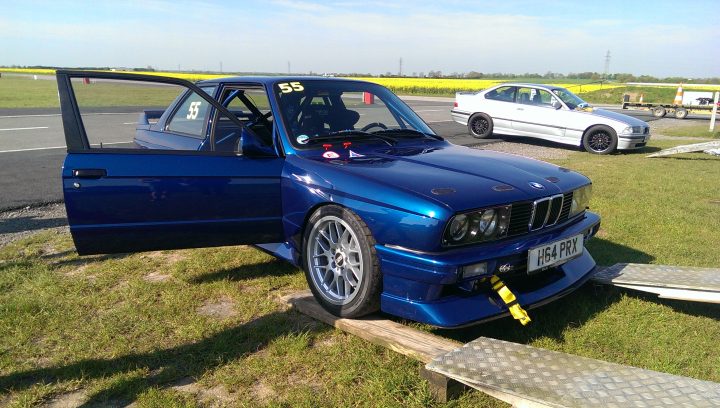 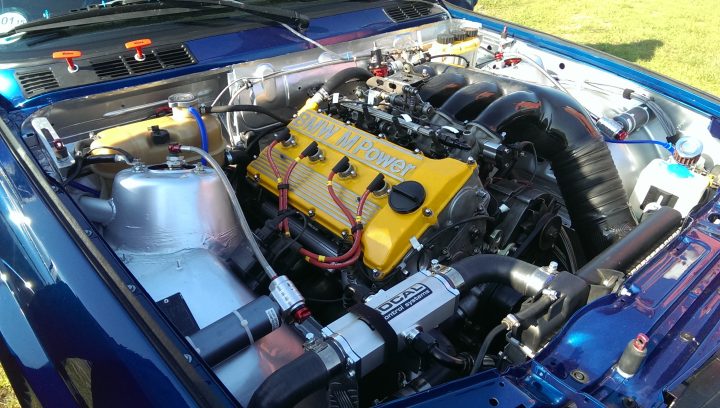 Yes, this E30 M3 – a factory-built race car – was competing alongside us and was simply wonderful to watch and listen to. Thankfully I didn’t disgrace myself, and my first run was a strong one  at 1:20.87 – as compared to the class record I set previously at 1:20.63. With a few scrappy runs in between, I then managed to set not one but two 1:20.21s in a row, both feeling like they’d left time on the table in different parts of the circuit.. this was a decent chunk off my previous best, but so close to getting under the 1:20 barrier that I couldn’t let it lie. Happily, at 5:02pm, I was let out for a “last chance plus one” run that looked like this:

This was very satisfying, stringing together what felt like a fast and tidy lap on my third visit to the circuit. It just goes to show how much practice it takes to even start to get the most out of any given car/track combination, even a relatively short one such as this.

Oh, and if the car sounds a bit louder in that video, it was! I took advantage of a spare day to start some lightweighting, removing unnecessary interior, trim and many other parts. More on how 73kg were lost, and the effects, soon…