With the new suspension fitted and a rough alignment done, I was really keen to see a significant improvement. The car didn’t disappoint! Curborough is a pretty tiny double-8 sprint course, narrow and winding, and the standard gearing let me do almost all of the lap in second, but it actually served as a pretty good test ground. Lots of sharp transitions and a particularly unkind braking zone mid-corner were ideal to feel how the car handled. 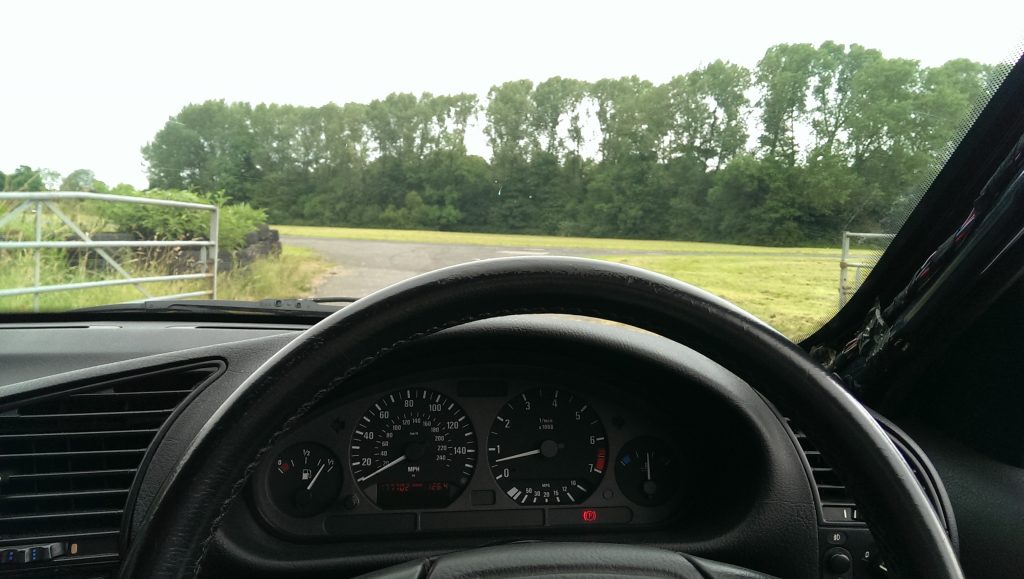 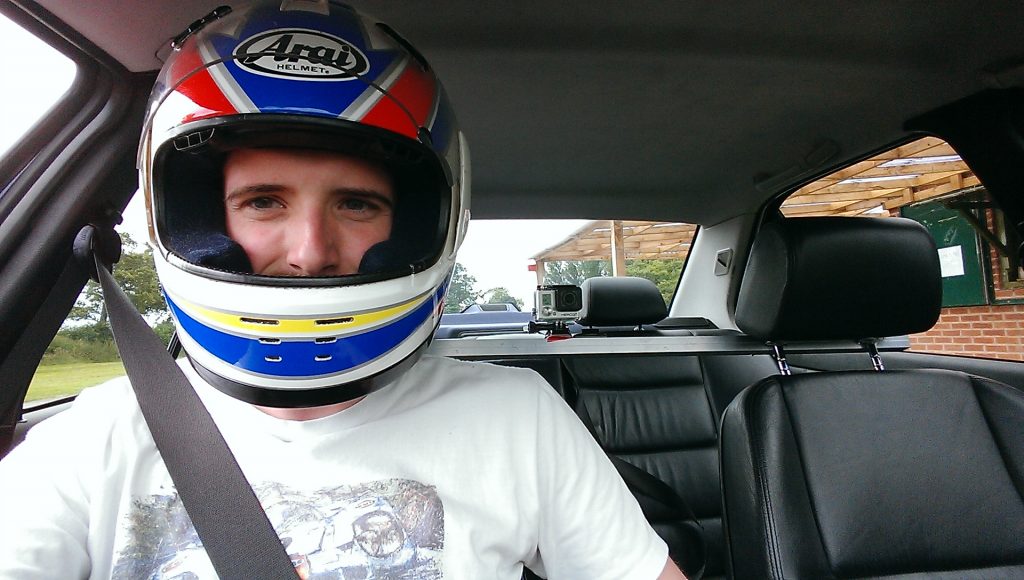 I didn’t realise how much I’d been instinctively correcting for body roll and giving the car time to settle until I didn’t need to any more! It was instantly more adjustable and responsive, and let me feel like I could leave a lot less margin. Watching the video back today, it still looks plenty restrained to me, but for a car that still has a full interior in its second outing, I suppose it’s not too bad. There was some understeer after a sharp initial turn-in, so the geometry would need some attention*, but overall I came away very happy. 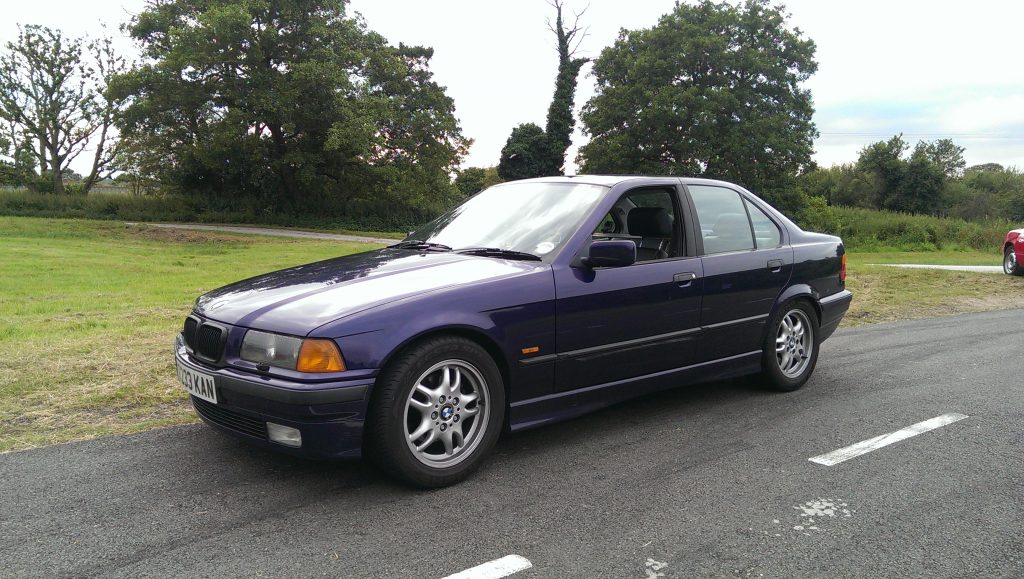 Curborough has one braking zone in particular that ABS really dislikes, as you enter a fairly open curve just as you need to start braking hard – off-camber and downhill! – for a very tight hairpin. So while I haven’t done it much since, I disabled the ABS and felt the car was quicker overall. This is pretty straightforward on an E36: you can do it by taking out the fuse, but that puts the car into a mild protection mode that won’t let it rev past 5500rpm. Better is removing the relay, which takes out the traction control you weren’t using anyway and doesn’t cause the lower rev limiter. BMW made this pretty easy to find! 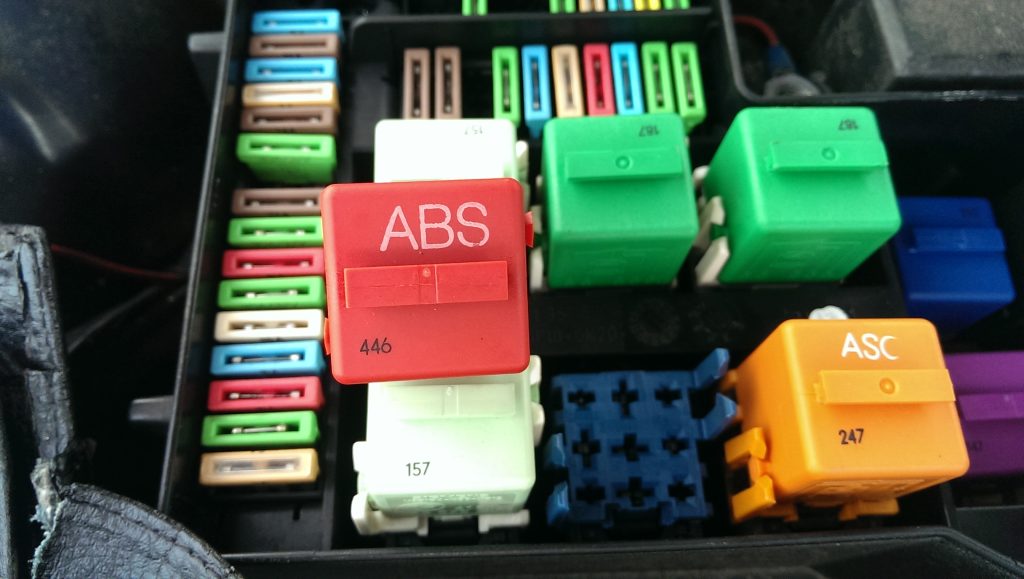 The video at the top was my fastest run of the day, a 1:11.46 on the new “figure 8” layout. Reliability was perfect – once again, I came with a car full of tools and spare wheels and parts, and needed none of them throughout. The only time I encountered a problem was a couple of miles into the drive home – I had to pull over to wind the dampers back to soft, having left the circuit with them set far too hard for a comfortable drive home! 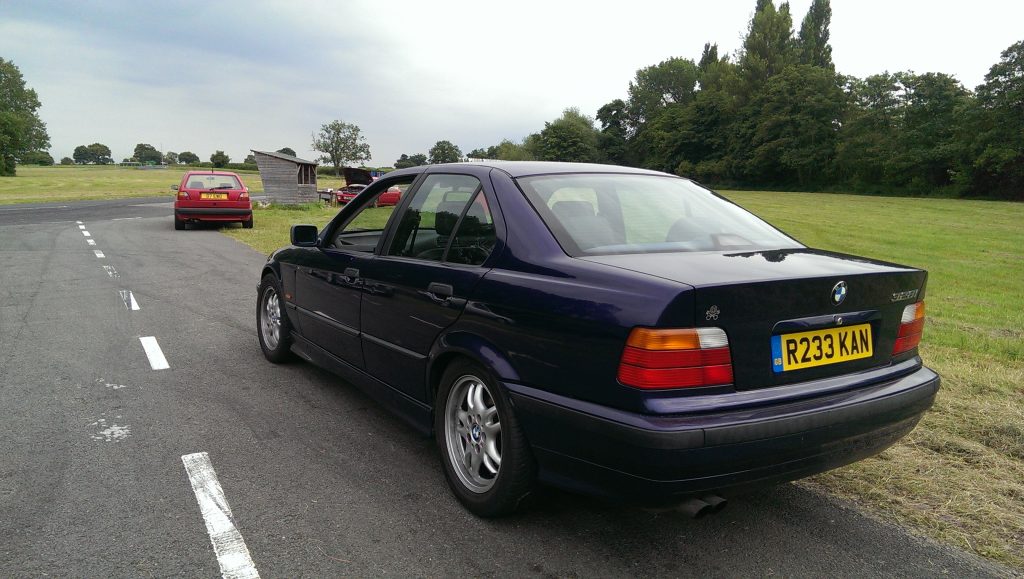 As the car felt pretty good and I didn’t uncover any new issues, so I only planned to get the geometry adjusted and otherwise leave things unchanged before going back to Blyton Park a couple of months later.

*Turns out I had a total of 40 minutes front toe out, which certainly explains the darty turn-in followed by heavy understeer!