The winter of 2016 held a lot of deep thought. The time felt ripe and if I was to go racing, it seemed it’d be now or many years off, but I needed to know I could do it properly. Could I get the car ready in time? Could it be competitive? Could I? Would the money run out before I even got to a grid? Would racing give me more than continuing with track days – enough more to justify the investment?

In the end, I think I knew it was something I had to do. A major factor in the decision was visiting a BRSCC meeting, supporting the very talented Callum Hawkins-Row in the Fiesta Junior Championship. I always love being in the pitlane and paddock of a club-level race meeting, the atmosphere, people and cars around are fantastic, but this struck a chord. Here was a group of teenagers in their branded race suits laughing and joshing each other after they got out of their cars, talking to media, watching their onboard footage and data traces with their engineers… Doing everything I’d always wanted to do, and ten years ahead of me too. It was within reach – why wasn’t I there already?! 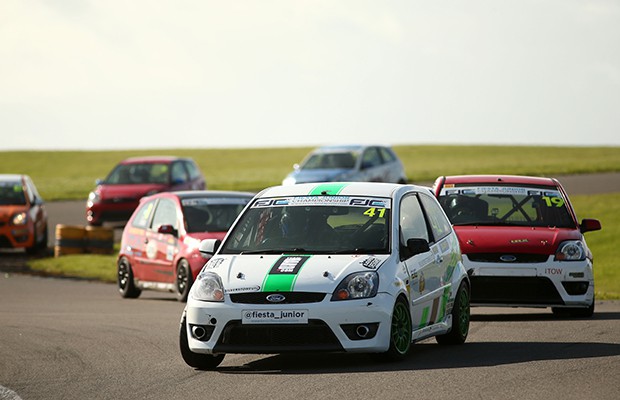 With that in mind, I had to decide how to go about it. Any club racer will tell you that the cost-effective way to do it – by far – is buying a ready-built car that’s already got a proven record in the series you want to race in. I spent a lot of time looking at the Production BMW championship, a one-make series for the E30 320i and 318i which always pulls big grids and has a reputation as a good community. You can buy a car capable of running mid-pack for £3000-4000, spares are cheap and plentiful, and they can be road legal too. 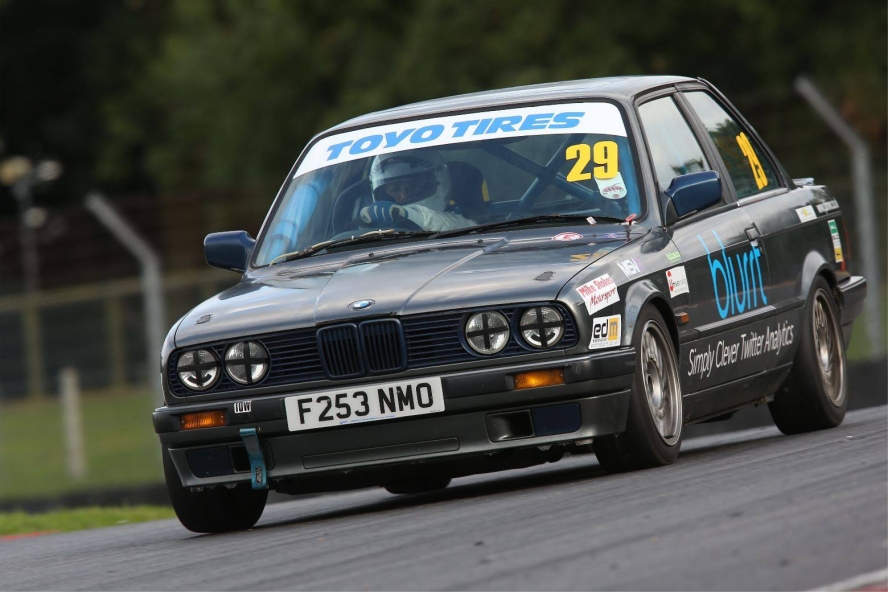 I got as far as talking to E30 racer Miles Cook about trying out his car to see how I got on with them, but then the idea of actually selling my car and running something else really sunk in. It’s a bad idea in so many ways but I was already far too attached and couldn’t really contemplate getting rid of it – so that was the decision made. We’re racing, and we’re racing in the E36!

But where? There’s a plethora of race series for production-based saloon cars, but the 328i is quite a difficult fit. Its 2793cc straight-six is a lovely unit and produces bags of torque to make a quick and effortless road car, but it was never designed for lots of peak power, and only getting 190bhp from such a big engine is a problem in a racing car. Most series have rules and classes based around engine capacity, which would put this car alongside the likes of 3.0 M3s with a 100bhp advantage – not a recipe for a successful season! 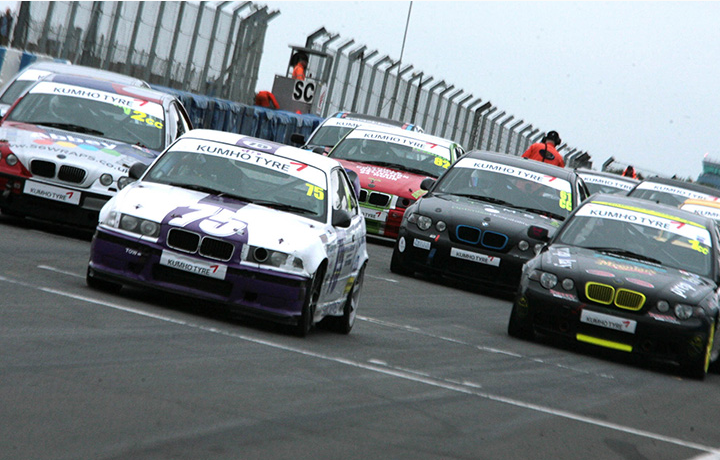 The other way to balance performance in a class is by power-to-weight ratio. This is more like it, because no matter how big or lazy one’s engine, you should end up alongside cars of comparable performance. This is how the Kumho BMW Championship is run, and it would be a good fit with plenty of quick E36s out there already. The trouble was that in 2016, most of the action was at the really pointy end of the grid, and the class my car would end up in had only two regular competitors. 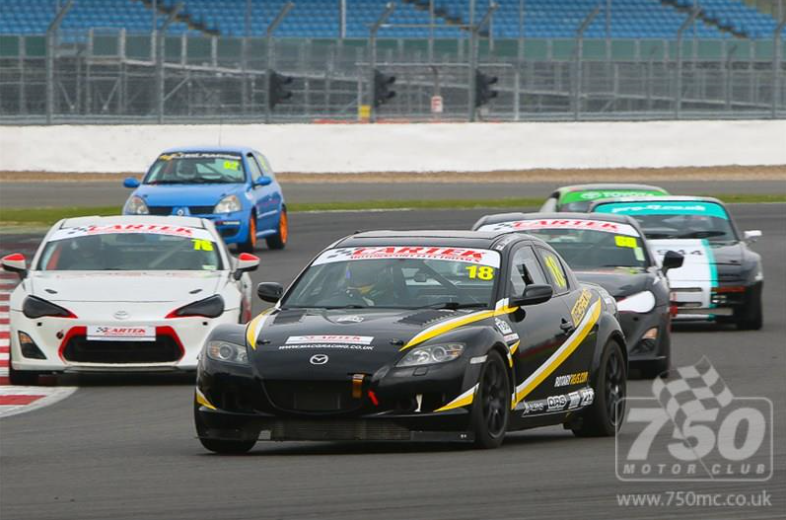 750 Motor Club had a solution. Known as a cost-effective and welcoming race club, their Roadsports and Club Enduro series are designed to let a wide variety of cars compete in affordable endurance racing. I’d always preferred the idea of longer races to sprints, and rather than the typical model of two 15 or 20-minute races per meeting, Roadsports does a single 45-minute race with a mandatory one-minute pit stop. That means you can share the car with a second driver, and share the costs as well. And yes, they’re run to power-to-weight classes, with one that my car already fit perfectly into at 160bhp/ton. After talking to some past and present 750MC racers, it seemed ideal, and if I wanted to graduate to proper endurance races then Club Enduro regulations were almost identical for their two- and three-hour races. 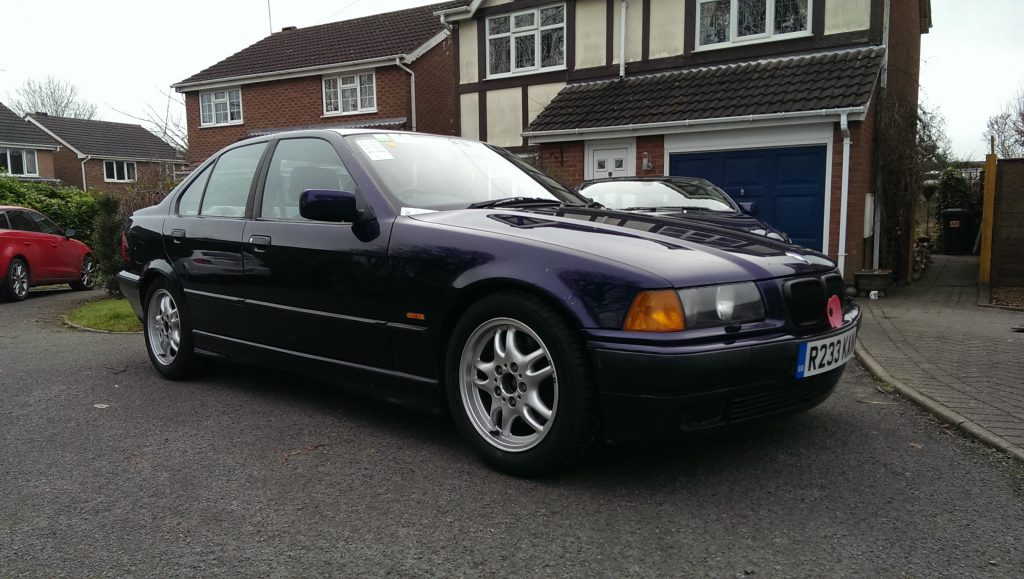 Now all I had to do was turn this track-day plaything into a proper racing car. The work wouldn’t centre around performance, but safety – the regulations for all forms of circuit racing are very comprehensive, mandating full rollcages, racing seats, fire extinguishers plumbed in to the cabin and the engine compartment, and electrical killswitches to name just a few key items we’d need. Time to get researching and get the calculator out…